Is a proposal in store for The Big Bang Theory? We hope/think so. 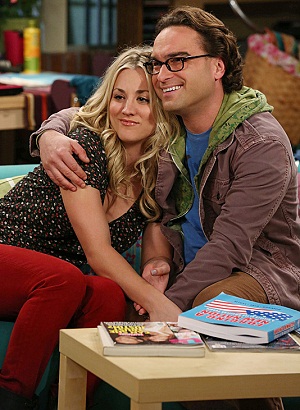 Remember that Christmas when Penny (Kaley Cuoco) scored Leonard Nimoy’s napkin for Sheldon (Jim Parsons)? His reaction was hysterical, but the sentiment was sweet. According the Johnny Galecki, that same sort of sweet approach to a holiday is what’s in store for Big Bang Theory‘s Valentine’s Day episode.

Related story Kaley Cuoco Shared an Adorable Bump Update via a Bathroom Selfie & We’re as Excited as She Is!

The Hollywood Reporter recently spoke with the man behind Leonard Hofstadter and he said BBT fans should expect a pretty big move for Valentine’s Day.

“Next week we start shooting the Valentine’s Day episode,” Galecki told The Hollywood Reporter. “It’s a big one for Leonard and Penny — there might be somebody getting down on one knee.”

If that “might” turns into a “definite,” we’re placing our bets that the “somebody” won’t be Leonard. For a long time Galecki’s character continued to be the one who felt, loved and gave the most in the Penny/Leonard relationship. Recently viewers have watched as he’s finally stepped back and tried to take a more nonchalant approach to a relationship with the pretty girl from across the hall. In that same time, we’ve also seen Penny step up her game. From visiting him at work, to contemplating going back to college, to even picking up her very first comic while the boys were at Comic Con, Penny is finally trying to make things work. You can’t deny that Leonard is already absolutely in love with Penny, but he’s trying to wait until she feels the same. If anyone makes a serious drop to one knee, our bets are on Penny.

“The ball is still in her court,” Galecki told THR. “The last couple of seasons have really been about her emotional inabilities. It’s made that character of Penny a well-rounded one and you’d assume it would always be Leonard’s fault but he’s been a pretty good partner to her.” 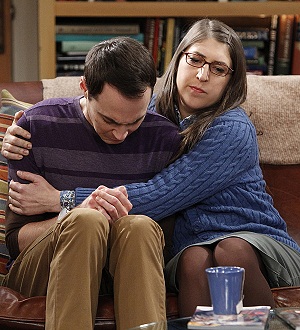 Of course, Galecki wouldn’t say how the possible proposal is received or if it would even feature him and Penny. Would it be insane to also suggest that a proposal might come from Amy (Mayim Bialik)? Another long shot possibility: Maybe Sheldon proposes to Amy.If we learned anything from the Nimoy napkin episode it’s that Sheldon is all about giving proportionate gifts. What if Amy secures something even better than the napkin and the only way he can think to show his appreciation is to give her what she wants most?

We could do this all day, so we’d better stop.

However, definitely make sure to tune into Big Bang Theory on Valentine’s Day (that’s Feb. 14, you know) on CBS to see how the holiday plays out.

More of The Big Bang Theory