So long to the trials and tribulations of Jane Bingum. Lifetime’s Drop Dead Diva won’t be back for a fifth season. Tuesday evening, the network announced its cancellation. 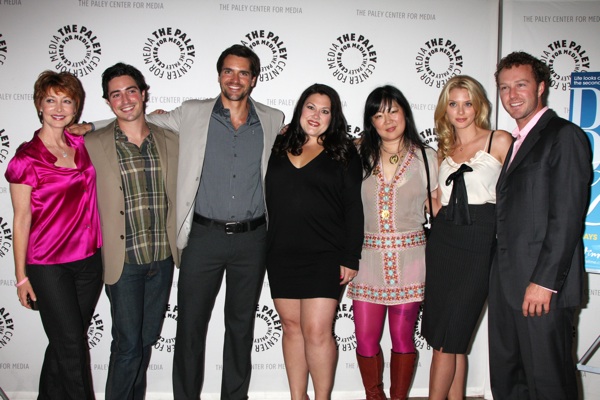 Lifetime just dealt a deathblow to one of our favorite shows. The cable network’s pulled the plug on Drop Dead Diva. After four seasons and countless guest stars they’ve opted not to renew.

According to Deadline, there was “speculation that Lifetime brass felt Drop Dead Diva did not fit into the network’s shift toward edgier fare.” Hence last season’s casting of Kim Kardashian as stars Brooke Elliott and April Bowlby’s nemisis. They tried to spice things up, but to no avail.

Elliot played an aspiring model named Deb, who suddenly died and was revived in another woman’s body. Deb was now Jane, a curvy, genius lawyer at a top law firm. The series followed her as she struggled to fit into her new life and body.

Drop Dead Diva premiered in July of 2009 to 2.8 million viewers. Since then, it’s averaged over 2 million per episode. That’s not too shabby by cable standards. Unfortunately, it wasn’t enough to keep Lifetime interested. They’ve got several new pilots waiting in the wings to take its spot.

During its run, Drop Dead Diva had its fair share of guest stars. Aside from Kardashian, Sharon Lawrence, Rosie O’Donnell, Joan Rivers, Valerie Harper, Brandy Norwood and Paula Adbul have all stopped by.

It’s a sad day, but there may be hope. Series producer Sony Pictures TV could be on the lookout for a new network home. Keep your fingers crossed.

Will you miss Drop Dead Diva?