Are you ready for more Dallas? The residents of Southfork are back and more deceptive than ever. Season 2 will take the Ewing family drama to a whole other level. 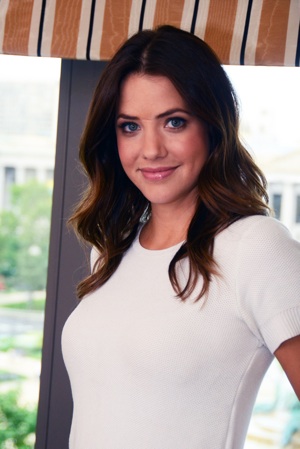 Later this month, Dallas returns to TNT. The next generation of Ewings are front and center as they kick off Season 2. Viewers should expect soapy drama as well as a bittersweet farewell. Executive producer Cynthia Cidre dished to EW about what’s on the horizon.

First off, the writers will deal with the real-life passing of Larry Hagman. The actor iconically played the role of J.R. Ewing during the original run and the first season of the reboot.

Prior to Hagman’s death, he’d completed five new episodes. Therefore, Cidre and her team had to drastically change the subsequent scripts to accommodate his absence.

“I never cried when I was writing,” says Cidre. “But the next day I started to type, and I started crying so hard I couldn’t even see the computer screen.” The cast will pay tribute to the actor and character in the eighth episode (slated to air March 11). “It will be funny and appropriate to J.R., but it will also be sad because his family loved him,” says Cidre. “As do the fans.”

As for J.R.’s heir, John Ross (Josh Henderson), he has his hands full with cousin Christopher (Jesse Metcalfe). But Christopher might be distracted by his ex and baby mama Rebecca (Julie Gonzalo).

Rebecca’s done playing nice and is going to make him pay. With her dad (Cliff Barnes) by her side, she’s ready for war. Cidre teases, “She is a woman with confidence who went to business school and is going to run her father’s company.”

Amidst all the conflict, they’ll still find away to steam up Southfork. “I don’t think we had enough sex on the show last year because we had couples, and couples can’t cheat if you want to like them,” says Cidre. “But now John Ross is the stud around town.”