Jessica Simpson has a busy year ahead of her: She’s giving birth to her second baby, she’ll be a judge on Fashion Star, and she’ll be starring in her own NBC sitcom. 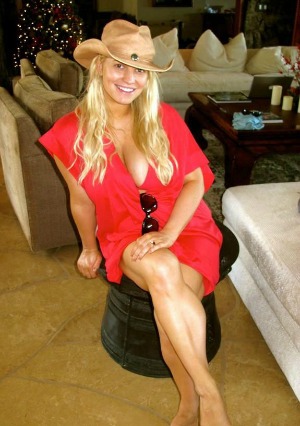 Who thinks Jessica Simpson‘s life is fascinating? NBC sure does. The peacock network has ordered a sitcom pilot starring the mom-to-be, according to the website Deadline Hollywood. The show will revolve around moments from Simpson’s own life in a scripted format.

This continues the Fashion Star judge’s relationship with the network. She will remain with the reality show, but they are expanding her presence with NBC. The show will be written by Nick Bakay and helmed by Simpson, her dad Joe, Bakay and Ben Silverman.

In a statement released Tuesday, Simpson said, “I often find myself thinking that no one could ever make up the things that actually happen in my life — so between the real-life elements and a great team of writers, I think we’ll have people laughing.”

Simpson has done extremely well with her fashion line of clothes, shoes, and accessories, and Weight Watchers has found her to be a very relatable spokesperson for them. The fans love her, but will they love her on a sitcom?

Executive Producer Ben Silver said, “Jessica Simpson is truly a modern-day Lucy with incredible comedic chops. From running a fashion empire to wrangling her public image as a new mom, we see Jessica’s character approach a variety of ‘everyday’ circumstances that will get audiences laughing out loud.”

Let’s hope this sitcom turns out a bit better than her acting career on the big screen: Neither The Dukes of Hazard nor Employee of the Month were huge critical darlings. She also had a failed sitcom attempt with a pilot that never aired back in 2004.

No word on when the pilot shoots, since Simpson probably has to give birth to her second child first.