Chelsea Clinton will headline the nation’s first National Day of Service on Saturday, Jan. 19, 2013, in honor of the Presidential Inauguration and Martin Luther King Jr. 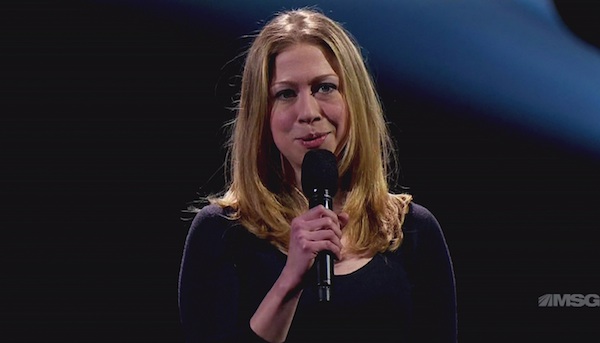 Chelsea Clinton is officially confirmed as the honorary chair of the National Day of Service: an inaugural event on Saturday, Jan. 19, 2013. The National Day of Service is a call-to-action promoted by President Barack Obama in honor of Matin Luther King Jr. and will take place the weekend before Martin Luther King Day, which is Monday, Jan. 21, 2013. The Presidential Inauguration will also take place that day in Washington DC.

Clinton will headline the National Day of Service at the National Mall, along with celebrities such as Eva Longoria and Angela Basset. She stressed the importance of community service in a statement released to the Associated Press.

“When I was growing up, both my parents and grandparents instilled a commitment to service in me,” Clinton said. “They taught me that helping our neighbors and serving our community were essential parts of being a good citizen and a good person.”

About the importance of the National Day of Service, Clinton said, “Think about how much good we can do if everyone who pitches in this weekend keeps up that commitment throughout the year.”