How sexy does Liev Schreiber look, whether he’s in a tux presenting at the Golden Globes or in full-on Shakespearean garb? So sexy that we’ve tried to will ourselves to inhabit Naomi Watts’s body so that we’ll get to go home with him at the end of the night. We’ll just have to settle for seeing him in the raunchy, star-studded comedy Movie 43, out this week. 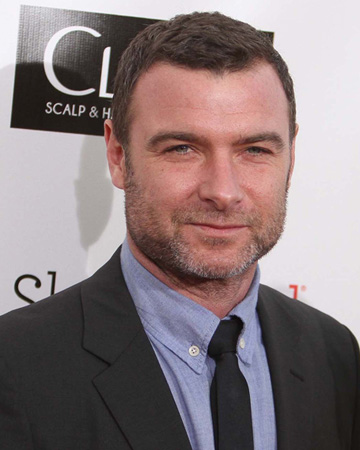 How sexy does Liev Schreiber look, whether he’s in a tux presenting at the Golden Globes or in full-on Shakespearean garb? So sexy that we’ve tried to will ourselves to inhabit Naomi Watts’s body so that we’ll get to go home with him at the end of the night. We’ll just have to settle for seeing him in the raunchy, star-studded comedy Movie 43, out this week.

He’s a tall drink of water who inhabits rough-and-tough characters by day and does the dad thing by night. What’s not to like about Liev Schreiber?

He’s got the superhero thing down

At six-foot-three and a solid 10 on the “extraordinarily handsome” meter, it’s obvious that Liev would be a shoo-in for a superhero. And he certainly delivered in X-Men Origins: Wolverine — Liev played Victor Creed, a.k.a. Sabretooth, whose mutton chops rival Hugh Jackman‘s. Facial hair or no facial hair, we heart this Marvel Comics mutant. And it gets better: He actually worked out with Hugh on set — be still our hearts.

“I don’t know that anybody — whether or not they’re a fan of Wolverine, the comic — wouldn’t want to do what I do. It’s just so much fun,” he told AskMen.com. “It was probably the most physically grueling movie that I ever worked on, but at the same time it was definitely also the most fun. [There was] a tremendous amount of training, and I’m not exactly ‘Joe Trainer,’ if you know what I mean. Working out six days a week, having a strict diet and trying to keep up with Hugh on the beaches of Australia was difficult, but also something I really enjoyed.”

Trivia: The pair stars together again in Movie 43!

And that’s something we would have really enjoyed watching! Wolverine + Sabretooth = serious animal magnetism.

He may look like a brute (in the best possible way, trust us), but this big lug has a soft spot for the Bard. In fact, he’s performed Shake’s plays on both the stage and the screen, and counts Yale’s School Of Drama and London’s Royal Academy Of Dramatic Art as his alma maters. All told, this guy is a brain. Which we find unspeakably hot.

When it comes to his playing tried-and-true characters like Hamlet (and many, many others — plus the title role in Ray Donovan, a new Showtime series out this summer), Liev takes the pressure in stride.

“You always have to create the character from the ground up,” he told the AV Club. “I don’t know, I’ve never really been that concerned about doing something that someone else has done. In some respects, every character has been around forever, so whether it’s a new play or a play that has been done before… I don’t know. It’s something that comes up, but if you’re doing your job right, it only comes up after the fact, critically. ‘How was he compared to…’ But in the moment, I don’t think audiences think about that. If you’re doing your job right, they’re in the world of the play, or the story, or the film.”

Swoon. We wish we could sit front row at one of his productions! 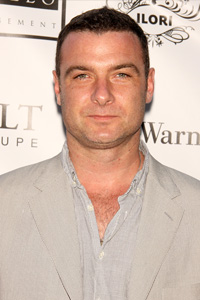 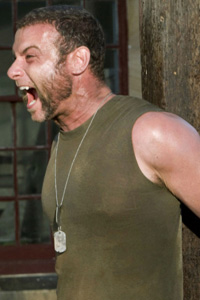 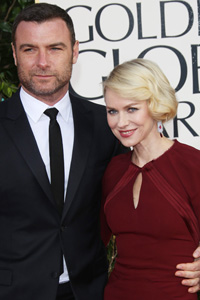 He directs films too

Here we thought the idea of Liev and Hugh Jackman together was enticing — Mr. Schreiber can also put “director” on his resume. He directed another one of our favorite hotties, Elijah Wood, in Everything is Illuminated, based on the Jonathan Safran Foer novel. Choosing Elijah was instinct, he says:

“[W]hat I was very interested in, and part of why I loved Jonathan’s book and part of what I was looking for in a lead actor, was someone who could present an image of Americans that broke some of the stereotypes and the molds,” he told About.com. “I felt at this time in our history the most important thing that we could present was a character who was vulnerable, who was flawed, who was open, who was nostalgic, who was defeatable, but more importantly than anything, looking for his own history beyond the boundaries of his own country.”

We might have to go back and watch that movie again! (The next feature that he directed is called Sydney Unplugged, starring Toni Collette and Russell Crowe, out in March.)

Is Liev a dedicated dad? Is the sky blue? He’s been dating talented and gorgeous actress Naomi Watts since 2005, and the couple has two kids, Alexander Pete and Samuel Kai. As normal as humanly possible for Hollywood, they’ve been photographed together doing ordinary things like going to Whole Foods and hitting New York City parks with their kids. Love it! “I try to be a hands-on father,” he told the Examiner.

Seeing as Watts and Schreiber are two working actors, they try to choose projects with alternating schedules so at least one person can be a full-time parent, but the chips don’t always fall that way, he has said:

“At the end of the day, we’re actors,” he said. “We want to work. Sometimes you [can’t pass up opportunities], especially when the [children] are little — and if you can take them with you, why not? So we did.”