Who wouldn’t want a makeover from Tim Gunn? Watch as two little village girls get the makeover of a lifetime from Tim truly. 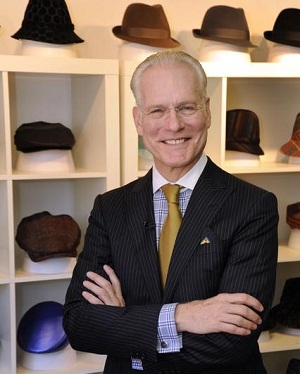 Disney Junior’s new animated series, Sofia the First, follows the life of little Sofia who goes from an average girl to a princess when her mother marries King Roland II. One of the things she acquires as princess is a steward named Baileywick, voiced by Project Runway‘s Tim Gunn. As Sofia prepares for her first royal sleepover, her friends must also prepare. It will be the very first time her normal, non-royal friends mingle with her very royal, very fancy new friends.

Who does every girl wish she could turn to when in need of fashion advice? Tim Gunn, of course! Or, in this case, Baileywick. Baileywick is pretty much exactly Tim Gunn, too, only in cartoon form. Not only does he look just like our king of the discerning eye, but he even uses his “make it work” catchphrase. Love it!

Sofia the First originally debuted as a television movie back in November. The movie, Sofia the First: Once Upon a Princess, broke multiple viewing records, including #1 cable TV telecast of all time among Kids 2-5 and the #1 preschool cable TV telecast of all time in total viewers and women 18-49. Helping with those numbers was Sofia‘s spectacular lineup. Tim Gunn isn’t the only familiar voice on Sofia the First — the show also stars the voices of Ariel Winter (Modern Family) as Sofia, Sara Ramirez (Grey’s Anatomy) as Queen Miranda and Wayne Brady (Let’s Make A Deal) as Clover. That’s an impressive list. 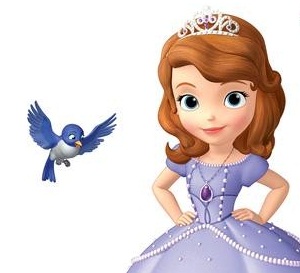 Perhaps the best thing Sofia the First has going for it, though, is neither the big names nor the pretty animated fashion. As so many shows push for fluff, Disney uses the special but still relatable Princess Sofia to help communicate positive messages and life lessons to future little princesses everywhere. Most importantly, Sofia is taught that being a princess is less about tiaras and poufy skirts and more about demonstrating the characteristics of a true princess: honesty, loyalty, courage, independence, compassion and grace. Those are definitely traits we hope all the SheKnows baby girls possess.

More on Sofia the First