I swore I wouldn’t cry while watching this film, but then, there was that moment when beauty, heart, soul, pain and deep sacrifice all mix together, and the waterworks began. Director Lasse Hallstrom uses this Nicholas Sparks story to create romantic magic, just in time for Valentine’s Day. 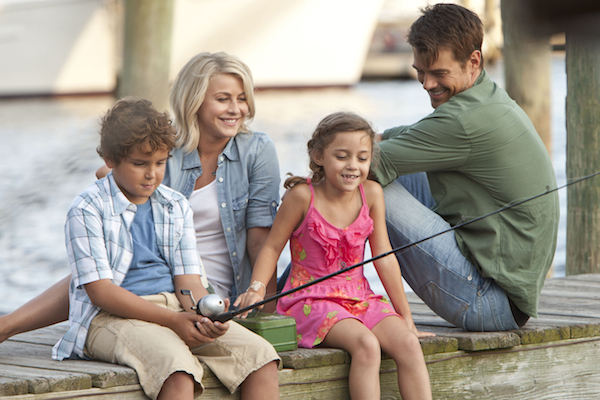 Katie (Julianne Hough) is on the run. We don’t know much, only there was a knife and a terrible incident. Frantic, she jumps on a bus to anywhere, only to be doggedly pursued by a Boston detective named Tierney who tends to drink too much.

Luckily, Katie makes her way to a small town in North Carolina, where she tries to fit in with the locals. She’s safe — for now.

The town’s grocery store owner is Alex (Josh Duhamel), a sensitive single dad with two children. He can’t help but take notice of the kindness Katie shows to his daughter Lexi (Mimi Kirkland) and tries to strike up a friendship. After seeing her walk everywhere through town, he leaves a bicycle at her house, thinking it would be a kind gesture. 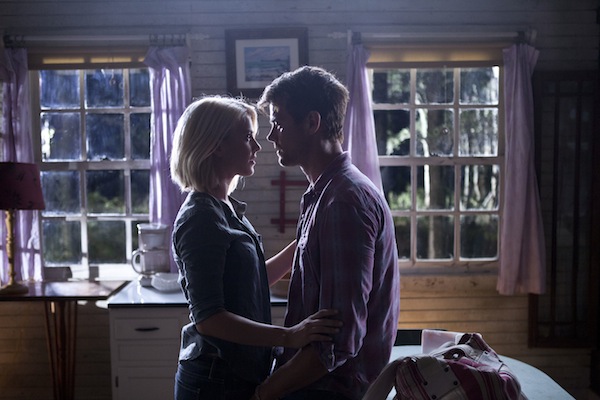 But Katie is guarded and wants little to do with Alex, least of all feel indebted to him.

She returns the bike, but her new friend Jo, a pretty but mysterious woman who lives near by, tells Katie she should accept the gift and just say “thank you.” Eventually, Katie takes Jo’s advice and Katie and Alex begin to spend time together.

Katie’s new life seems to be going well until she discovers that Tierney has put out a warrant for her arrest, claiming she’s wanted for murder. Once an APB is put out with a photo of Katie, who’s real name is Erin, it’s not long before Alex finds out she has a dark past and soon, his whole family comes into danger. 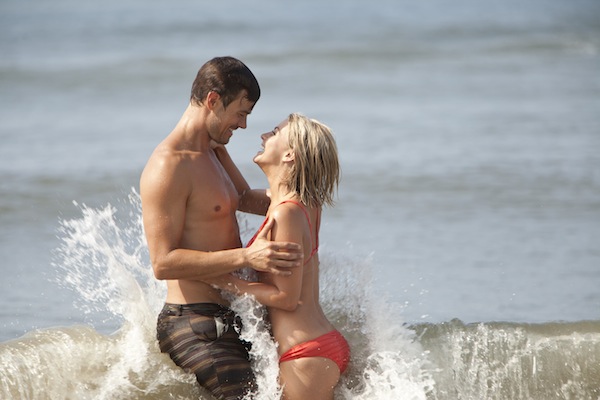 Josh Duhamel is gorgeous in the light of the Southern sky, and realistically plays a man who’s recovering from the death of his wife while trying to keep his heart open so that he may love again.

Julianne Hough is lovely, too, and a capable actress. At times I wish she could have given Katie that little extra depth and edge that comes from living with an abusive husband.

Mimi Kirkland as little Lexi steals the show with her effortless sparkle.

Bottom Line: Safe Haven delivers on its romance, adding a bout of mystery and suspense to the experience. Also, there’s a reveal at the very end that will no doubt tug at your heart. Ah, Nicholas Sparks…

Running time is 1 hour, 55 minutes. There are no extra scenes after the credits.