Justin Timberlake whisks away his fans and the media with his newest single and the exciting news of his upcoming album, “The 20/20 Experience.” 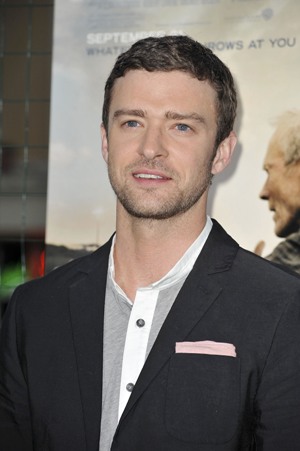 My name’s not Jessica, but you can call me Mrs. Timberlake

Most crazy fans of Justin Timberlake have been devoted (if not disturbingly obssessed) with his gentle cooing and unfairly hot dance moves, to the point that I know I’m not the only one that’s referred to herself as Mrs. Timberlake. But, if you weren’t swooning for those reasons, you can certainly attest to his range, his uniqueness and his charm — he has that X-factor that has led him to fame and fortune.

He brought sexy-back, but did he bring his talent back?

Far from being a one-hit wonder, JT never had to worry about his fan base or staying power. But, as with many artists who take a break from the industry, it’s a tough layer of ice to break through again. Sometimes just having your fans alone can’t pay the bills; you need to be able to please the new strain of listeners, blend, if not — bend trends — or bring something so different that you start one of your own.

Reuters, in their discussion of Timberlake’s reappearance and subsequent release of the song, indicated:

Makes sense, and if that is the case — what a beautiful gift to future weddings, and to his new wife. The track is very hip. It features “JT-standard” hip-hop smoothness with a bubbly pop-inflection. Bottom line? Crowd-pleasing. It’s not sappy but it is romantic, it’s suave like a Frank Ocean or Miguel song (JT still has a different swagger), but still lively enough in a true-to-Timberlake style.

Jay-Z‘s overt honesty is the perfect compliment to Timberlake’s implications. It’s as though Timberlake throws it up and Jay-Z drives it home. I like it for so many reasons: the confidence and probably how it still manages to sound classy, even after lyrics like “Go on and show ’em who you call daddy.”

Not all people feel as though this was worth the wait, and many had higher hopes for Justin. TIME quoted Billboard.com Assistant Editor, Justin Lipshutz saying the following:

“”Suit and Tie” is a good song, but it’s not the artifact from another planet that we’ve been expecting…I’ll probably never forget the moment I heard “SexyBack” in the back room of that dingy Quiznos in July 2006. In six and a half years, will you remember where you were the first time you heard “Suit and Tie”?”

What do you think, readers? Did he meet or surpass your expectations, or not even meet the minimum? Comebacks aren’t eas, but he’s got enough people talking about him and the fans seem to be pleased. Not an easy feat, but only time will tell. All I can end with is with a message to Justin:  Welcome back home to the music industry. We’ve missed you.

Want to hear what else we’re buzzing about? Check out our other music reviews:

Music review: David Bowie “Where Are We Now?”