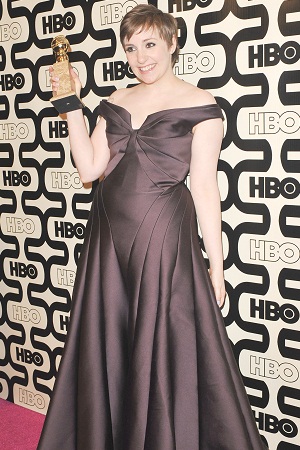 Last week, everyone’s favorite shock jock, Howard Stern, unleashed his fury on Lena Dunham and her show, Girls. Not only did he attack the quality of the show and Dunham’s habit of casting herself as lead, he also poked fun at her less-than-slender frame.

It’s OK, though. He’s taken it all back. Apparently, he really regrets his “hatchet job” on Dunham and Girls.

“I felt bad because I really do love the show Girls and enjoy it,” he said on his radio show. “And I admire the girl who writes it.”

Stern even went so far as to ask his show’s producer to track down Dunham and ask her on the air so he could make a formal apology, adding, “I do love the show and it makes me feel bad that she is getting the impression that I somehow think she’s just a talentless little fat chick.”

That’s the exact opposite of what Stern said last Monday. Among other truly eloquent insults, he referred to the Girls creator as “a little fat girl who kind of looks like Jonah Hill.”

After repeatedly insulting her weight, it seems a little like Stern realized his comments made him sound like a jacka** who hated the show purely because the lead actress wasn’t rail thin.

And, OK, so maybe the vast majority of the world really would appreciate if Lena Dunham would keep her clothes on. But that one factor shouldn’t be your only reason for hating a show.

Plus, the bigger issue at hand is that Stern is still getting paid to be an awful human being. There are probably plenty of reasons to hate on Lena Dunham. Why did he only choose “fat?”

On the right side, Dunham is comfortable enough with herself to take Stern’s hateful remarks only in stride. When she appeared on the Late Show with David Letterman last week, she said she really liked when Stern said, “Congrats to her, it’s so hard for little fat chicks to get anything going these days.”

Dunham found that pretty awesome, saying, “I just wanted to be like, my gravestone says, ‘She was a little fat chick, but she got it goin’.”

We applaud Dunham’s humor. It takes a lot of confidence to put up with Howard Stern.

A romance is brewing: Why did Lena Dunham thank Chad Lowe?
Lena Dunham is furious with Gawker
Lena Dunham rocks Zac Posen at the Golden Globes