The ladies are taking over Austin City Limits. DVR it for Norah, keep it on for Kat. 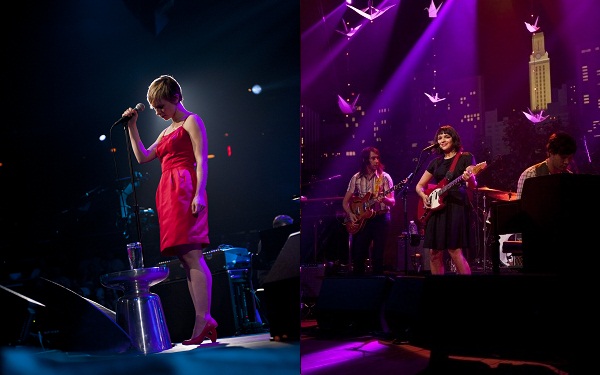 If Justin Timberlake‘s new single isn’t your cup of tea, what about Norah Jones or Kat Edmonson? If you like serene, soulful voices accompanied by a piano and little else, Austin City Limits has got a delectable dish for you. After a recent show was devoted entirely to Jack White, the venue played host to the two lovely songstresses.

You may have loved Norah Jones during the early phase of her career when she released songs “Come Away with Me” and “Don’t Know Why.” There’s a decent chance that some time after that, you lost track of the singer. Watching Austin City Limits would be a great time to catch up.

Her newest album, Little Broken Hearts, was a massive departure from her previous albums. The album was produced by Danger Mouse (aka Brian Burton) and was a little more soulful, a little more electric and very, very good.

ACL isn’t just about one album, though. The show likes for its performers to showcase their entire careers. While you should expect plenty of stuff from Little Broken Hearts, you’ll still probably hear a lot of the stuff you know and love.

Jones will share her episode with singer-songwriter and jazz musician Kat Edmonson. You may not be familiar with Kat, but we still think you’ll like her. Don’t let the “jazz” label fool you, her music is utterly pop-y and easy to love.

Edmonson’s second album, Way Down Low, was released in 2012 after the singer used the fundraising site Kickstarter to earn money she needed to make the album. The album reached No. 1 on Billboard‘s Heatseekers chart. Pretty good for a fan-funded album! Check out her single, “Lucky.”

The latest episode of Austin City Limits airs Friday, Jan. 18, on PBS at 9/8c, and will repeat at various times throughout the week.