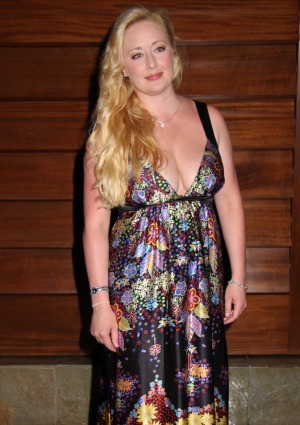 Mindy McCready is in mourning tonight after the father of her youngest son was found dead — and sources close to the investigation say it was a suicide.

34-year-old David Wilson was found dead in his Heber Springs, Arkansas home Sunday night, and police sources told the Daily Mail that he was found with self-inflicted gunshot wounds.

Police confirmed that they responded to a 911 call to the residence at around 6:15 Sunday night, although the caller remains unknown. It was the same home where McCready was found hiding in the closet with her older son Zander, after being accused of kidnapping by his guardians, McCready’s parents. At the time she was pregnant with Wilson’s child, the now nine-month-old Zayne.

“David was my soulmate. He was a precious gift from God to all of us and, yesterday, he returned home and is now with his mother and father,” McCready said in a statement to press.

“Those who knew and loved him will miss him; those who did not know David missed the opportunity to know a truly loving and gifted man.”

Once an up-and-coming Nashville star with a double platinum album, McCready battled with drug addiction and legal problems after being dropped by two record companies when her follow-up records failed to sell.