Venus Williams is a vegan — sort of. Admitting she’s far from perfect about sticking to the diet meant to help her cope with Sjogren’s syndrome, the tennis star explains a new term she’s coined for her dietary habits.

Related story The Keto Diet Was Not For Me — Here's Why 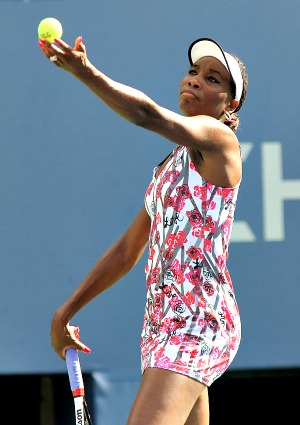 Venus Williams adheres to a vegan diet — excluding meat, poultry, fish, eggs and dairy products for her meals — right up until temptation calls.

Confessing to stealing tasty meat morsels off the dishes of her dinner guests, Venus Williams said with a laugh on Monday, “If it’s on your plate, I might get to cheat. If you’re sitting next to me, good luck. You turn your head once and your food might be gone.”

“I think it’s pretty well known I’m a cheagan, ” the tennis star, who was diagnosed with the autoimmune disease Sjogren’s syndrome in 2011, added, mashing the words “cheater” and “vegan” together. “I’m not perfect, but I try.”

A portion of the athlete’s personal site, titled “Venus A.D. (After Diagnosis)” explains a vegan diet is ideal for her body because it “helps minimize the inflammation brought on by the condition.”

Translation to her life in particular? That means “no more of her favorite cherry pies, as sugar is strictly verboten.”

Celebrity diets: Stars who changed their diet for health >>

Despite being 32 years old now, and routinely asked when she plans to retire, Venus Williams isn’t done yet.

“When you’re a young person, you just don’t think it’s ever going to end, and you’re on top of the world,” she said, reflecting on her younger years. “Now, I realize, all these opportunities, I try to make the best I can of them.”

Do you think you could stick to a vegan diet better than Venus Williams?