Natalie Wood may have been beaten before she died according to a new report, raising serious questions about the validity of the actress’s original autopsy. 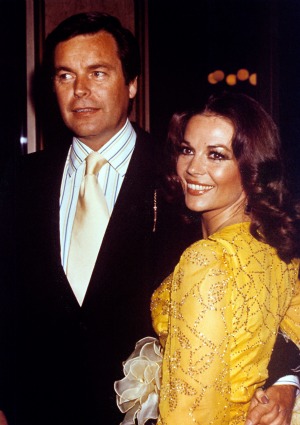 Was Natalie Wood murdered? While the original investigation found the death of the actress to be accidental, a new coroner’s report expected to be released today states that her injuries point to an assault before death.

Wood was spending the night on her yacht with husband Robert Wagner and the couple’s close friend Christopher Walken when she supposedly drowned after attempting to tie down a dinghy that was banging against the side of the vessel, keeping her awake.

But rumors have long persisted that not all was well on the yacht that night — Wagner supposedly accused Walken of having an affair with his wife, an argument he continued with Wood after bedtime, according to an account given by a skipper in a 2011 book.

“The fighting went back to the back of the boat and then it was quiet,” Dennis Davern said, claiming that Wagner waited hours to call for help. “I believe Robert Wagner was with her right up until the moment she was in the water.”

The new coroner’s report finds that Wood’s injuries — bruising on the wrists, knees and ankles — are more consistent with an assault than trying to climb back into a boat.

“When you take the circumstances as we’ve now come to learn them, Natalie Wood was, you know, in her night gown in bed,” said CBS New senior correspondent and former LAPD deputy commissioner John Miller. “She supposedly goes out to re-tie this dinghy. She can’t swim. She’s afraid of the dark. She’s afraid of the water. It’s sounds very unlikely she would have done that, especially if the captain, the skipper, was there and awake, and she could have told him do that.”

“I think that the overarching suggestion from the observations made in the supplemental are going to be that she was already unconscious in some likelihood when she went into the water, which… certainly raises the possibility she had some help getting there and when you’re unconscious, we call that suspicious.”

Number Two has some explaining to do.

Read on for more Natalie Wood