Love The Newsroom? You’re going to have to wait just a few more months for new episodes. You can make it!

Forget what the so-called critics say, The Newsroom is a powerhouse of a show whose first season earned tons of fans and even a nod from the Golden Globes.

We caught up with the show’s creator Aaron Sorkin for a split second on the red carpet and he told us we’d only be waiting a little longer for our favorite news drama to return with Season 2. Expect new episodes sometime in June. Sweet!

Sorkin also told us he’s surprised by the response from fans. 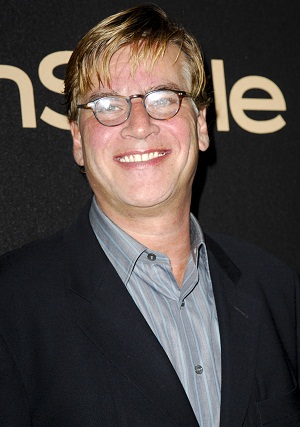 “Listen, I’m always surprised when anyone outside my immediate family is watching anything,” he said.

Newsroom gears up for season 2: Who’s coming for a visit? >>

He’s being modest. After seven seasons of the phenomenal political drama West Wing, he must know what a genius he is, right?

If you haven’t caught an episode of The Newsroom yet, there’s still time to catch up and we definitely recommend that you do!

The Newsroom follows the career of news anchor Will McAvoy (Jeff Daniels) as he and his news team navigate through big business to bring fair news to their viewers.

The genius behind the show comes from the fact that Sorkin and his team of writers take their plots from real-life events.

Last season, among other great episodes, we watched as Will and his team broke the news of the shooting that nearly killed Gabrielle Giffords.

We also watched as his researchers worked to uncover the truth of the oil spill in the Gulf of Mexico. For anyone who needs more swoon than just the romance of news, don’t worry: There’s plenty of awkward and jilted romances on The Newsroom, too.

Season 2 of The Newsroom premieres in June on HBO. Until then, you can watch the first season on demand. Enjoy!

More from the 2013 Golden Globes