Sorry Gosling. The hunt for Osama Bin Laden took you out by a long shot. 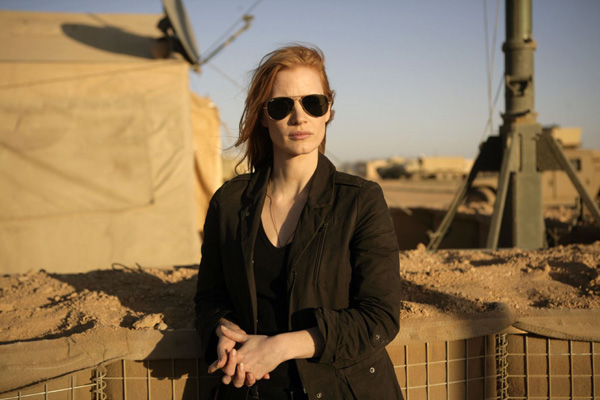 The Twilight Saga: Breaking Dawn — Part 2 is sitting quite comfortably at No. 1, proving it’s going to take a blockbuster behemoth to oust this epic conclusion. Kristen Stewart, Robert Pattinson and their fellow vampires rounded out the weekend with $17.4 million.

Marlon Wayans and crew scored some $19 million with their weekend debut, horror spoof A Haunted House. The film is packed full of all the cheesy antics one could expect and features Nick Swardson and Cedric The Entertainer.

Ryan Gosling, Sean Penn, Josh Brolin, Emma Stone and Nick Nolte didn’t quite make the bang they were looking for with the new mobster flick, Gangster Squad. The film landed $17 million in its first weekend but that’s quite the lowball considering the all-star cast. Gangster Squad is based on the real-life pursuit of LA mob king Mickey Cohen.

Django Unchained is still holding its ground at the box office, coming in at No. 4. Jamie Foxx nails it as Django, Quentin Tarantino’s twist on the classic Western star. The film offers a gritty and rather violent portrayal of the American South, but serves its purpose — shining light on the less-than-glamorous, slave-driven past.

Anne Hathaway and Hugh Jackman pulled in $10 million with the classic tale of Les Miserables, landing themselves a seat at No. 5.

The Hobbit: An Unexpected Journey — $9.8 million

Peter Jackson revisits the mystical world of J.R.R. Tolkien’s Lord of the Rings saga with the predecessor film, The Hobbit. From dwarves to dragons, this flick is perfect for anyone looking to nestle in Middle Earth for a while. The Hobbit made out with $9.8 million this weekend when all was said and done.

Daniel Day-Lewis’ portrayal of America’s 16th president is still a top contender. The biopic Lincoln, which also stars Tommy Lee Jones and Sally Field, landed a seat at No. 7 this week.

Billy Crystal and Bette Middler helped reign in $6.1 million with their new comedy, Parental Guidance, a tale of two grandparents who step in to babysit the grandparents when their helicopter parents take off for the weekend.

If you enjoy a fright or two and the occasional in-your-face chainsaw shot, this is the flick for you. You might be familiar with the Texas chainsaw story that resurfaces every few years, but it’s safe to say you haven’t seen it like this before. Texas Chainsaw 3D came in at No. 9, with $5.2 million in weekend sales.

Bradley Cooper and Jennifer Lawrence star in the romcom Silver Linings Playbook, featuring quite literally, a bipolar love story. The film rounds off our list this week at No. 10 with $5 million.