Happily married mom of two Jessica Alba has it all — the happy family, the successful career and even a tidy little side business — adding up to make her a Hollywood power mom. 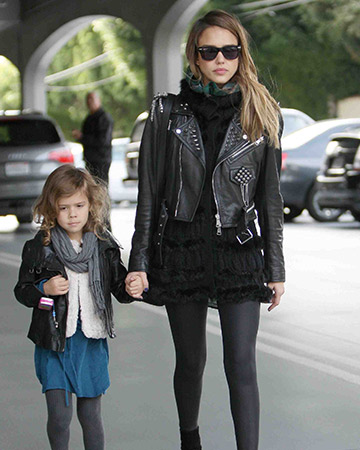 She may be one of the sexiest women in the world, but Jessica Alba doesn’t get her power from her sexuality. Actress, philanthropist, business owner, wife and mom of two are all bullet points on her life resume, and while her looks have certainly opened doors, Alba’s talent and dedication have gained her the success she enjoys today.

Hailing from a strict Roman Catholic family, Alba was the classic good girl with a healthy dash of feminist. She began her career as a tween with roles in commercials, indie films and TV series, honing her acting chops under the tutelage of William H. Macy and Felicity Huffman. Her big break came with the James Cameron-helmed series Dark Angel, shooting her immediately into the stratosphere of TV stardom and making her an instant sex symbol.

Alba parlayed her TV success into movie roles in Honey, Fantastic Four, Good Luck Chuck, Sin City, Into the Blue, Spy Kids and Machete, among others, all while walking the fine line between sex kitten and girl next door. 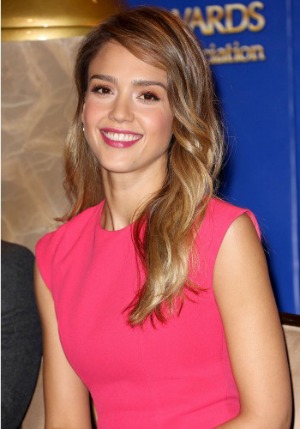 Becoming a wife and mom

Wife and mom have since been added to that mix. Once dubbed the sexiest woman in the world by FHM, Alba is now happily married to producer Cash Warren and is the mother of two darling daughters, Honor and Haven. Being a mom means keeping it real for the star, who has no plans to raise stereotypical Hollywood brats. “I don’t want to be my child’s best friend; I want to be a mom,” Alba told People. “But I do want my child to come to me when they have problems and need to talk, so it’s going to be about treading that line.”

The actress balances her still-hot career and home life with yet another venture. She started The Honest Company, a collection of toxin-free household goods, personal care products and diapers, after trying to create a more natural life for her own family.

“Becoming a mom has been the most profound, life-changing experience, and I’ll never look at the world the same,” she told the Huffington Post. “Having a child made me so much more aware of the dangers and risks all around my new baby; it seemed like overnight an instinct to protect kicked in.”

Because raising a family and building a startup aren’t enough, Alba has four — count ’em, four — films coming out in 2013: A.C.O.D. with Jane Lynch, Escape from Planet Earth with Sarah Jessica Parker, Machete Kills with Mel Gibson and Amber Heard and Sin City: A Dame to Kill For with Clive Owen.

The sexiest mom in the world? Maybe. Hollywood power mom? That is one title Alba can definitely claim. 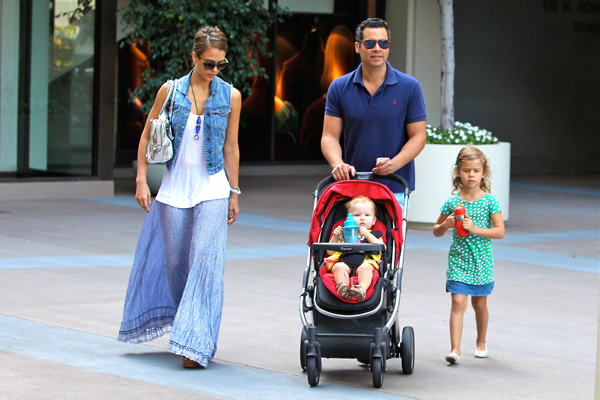 Can’t get enough?
See more pictures of Jessica Alba and
her family here!