Oh, the drama! Downton Abbey is on the verge of being lost forever, Edith is set to marry someone no one likes, and Mary’s marriage is already on the rocks. Will anyone make it out unscathed? 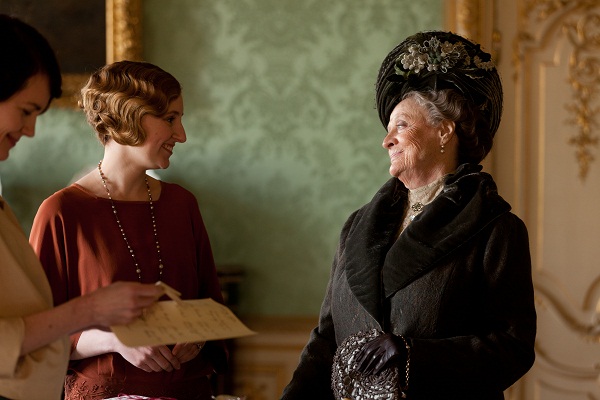 When we begin, the Crawleys are preparing for Lady Edith’s wedding to Sir Anthony. There are presents to open and dresses to try on. Edith is practically glowing as, for the first time in nearly forever, all attention is on the shiest of the Crawley sisters.

As the wedding nears, Lord Grantham continues to worry about putting Downton Abbey up for sale. That unfortunate choice of investments he made earlier cost him nearly all of Lady Grantham’s inheritance. They’ll mostly be OK, though. They own some more land with a smaller house on it where they can “make do.” 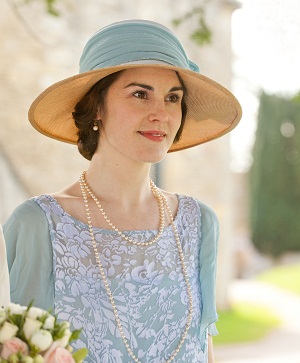 The money that could save Downton, Matthew’s money, is on its way to Downton when Lord and Lady Grantham and their daughters head out to see the smaller house.

Matthew, in his infinite wisdom, asks Mary what he should do with the money and, of course, a fight breaks out. Despite his “respect” for Lavinia… that money could save Mary’s family and yet Matthew refuses to use it for such. Their marriage is off to a pretty rocky start.

Later, Matthew gets a letter to accompany his windfall from Lavinia’s father. Just as he’s being foolish about his money, he’s being ridiculous about the letter, too, and doesn’t want to read it. Mary, however, reads the letter and tells Matthew of its contents.

Lavinia’s father tells Matthew not to feel guilty about spending the money, but Matthew seems to think Mary forged it and he still won’t back down about using the money to save her family. Mary tries to confirm if Lavinia sent the letter and, at first, misses the chance. But, then Daisy says she sent it for her. Sweet, precocious little Daisy accidentally saved Downton.

Lord Grantham doesn’t want Matthew to just turn over his money, though. It hardly seems fair. Instead, they agree to be co-owners of Downton. Matthew will also be “Master.” 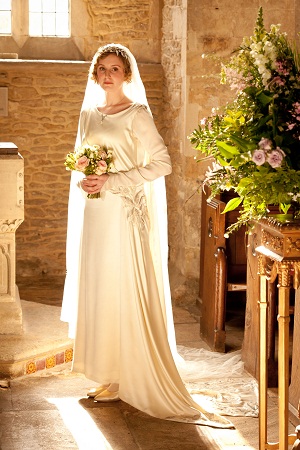 Meanwhile, Lord Grantham is still hesitant about Edith’s marriage to Anthony. He’s quite old and has a bum arm from the war. When Grantham’s worries are unleashed on Anthony, he turns to Edith, offering her one more chance to back out of their marriage. She tells him she doesn’t love him despite his injury, but because of it.

“I want you to be my life’s work,” she tells him, earning a toothy smile.

Finally, at Edith and Anthony’s wedding, Anthony looks downright dreadful and ends up backing out of the wedding.

“I can’t let you throw away your life like this,” he whispers, before making a dramatic exit.

While to a certain extent it’s good to know Edith stands a chance at finding romance with someone her own age, it’s still utterly heartbreaking. What an absolute waste of a beautiful, leafy headband/tiara-like-thing. Who didn’t cry when Lady Crawley curled up around Edith and tried to offer encouragement?

Poor Edith. Will she ever be happy? By the end of the episode, E looks absolutely pathetic. There have been rumors from across the pond that one of the residents of Downton may not make it to the end of the season. Let’s hope it’s not Edith!

Don’t forget to find out what’s happening with the servants downstairs! >>