When it comes to having it all and making it look good, there’s no doubt that Gwen Stefani is the queen. Career, marriage, kids and impeccable makeup at all times — what more could a girl want? 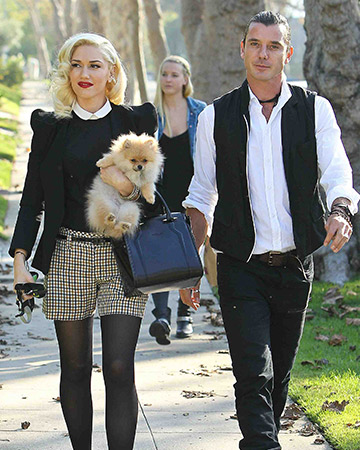 Gwen Stefani doesn’t only lay claim to an incredibly successful musical career. She also landed an equally talented (and gorgeous) husband, Gavin Rossdale, rocks the perfect shade of blonde on her head and the perfect shade of red on her lips at all times, has a lucrative fashion line, and is mom to two adorably hip sons to boot. Turns out this typical California girl isn’t so typical after all.

Born into a middle-class family in Anaheim, home to Disneyland, Stefani got her love of music from her dad and her sewing skills from her mom. She joined No Doubt at the behest of her older brother Eric and took the lead when original vocalist and group founder John Spence committed suicide.

After signing with Interscope, the band released a little-noticed debut album in 1992 but hit it big with Tragic Kingdom in 1995, with much of the album’s material inspired by Stefani’s relationship and subsequent breakup with bandmate Tony Kanal.

The band’s commercial success lead to a 1995 gig as the opening act for alternative band Bush, where Stefani met the man who would one day be her husband, Gavin Rossdale. The pair’s winding road to romance finally led to the altar in 2002, and Stefani wore the perfect rocker-chic gown — an ivory and fuchsia dip-dyed Galliano confection. 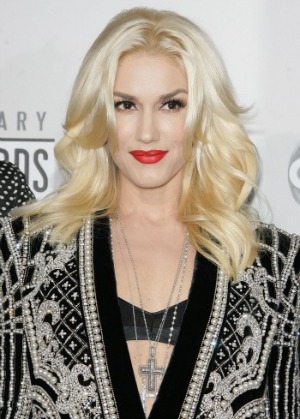 Two beautiful baby boys joined the rock dynasty within a few years, Kingston in 2006 and Zuma in 2008, both naturally sporting the pale blond locks that Stefani admits she has to get from a bottle.

But Stefani was working on a couple of other “babies” too: her solo career and her fashion line. The album Love. Angel. Music. Baby. let the singer celebrate her love of pure pop and saw her collaborate with musical powerhouses like Dr. Dre and Eve, a trend she continued with The Sweet Escape. Her fashion lines L.A.M.B. and Harajuku Lovers allowed Stefani to follow her heart into another creative field she always loved and proved to be just as successful as her music career.

And as for that music career, it’s all come full circle. Stefani is back with No Doubt and released a new album, Push and Shove, in September 2012.

Leaves no doubt that Gwen Stefani is a true Hollywood power mom. 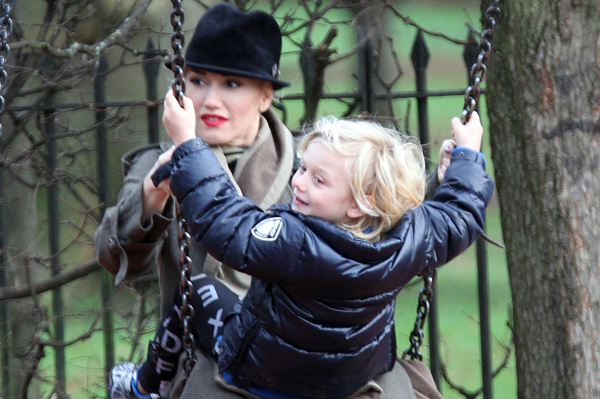 Click here to see
more photos of
Gwen Stefani
and her family!