Adele made her first public appearance since having her baby at the 2013 Golden Globes. And it was definitely memorable! 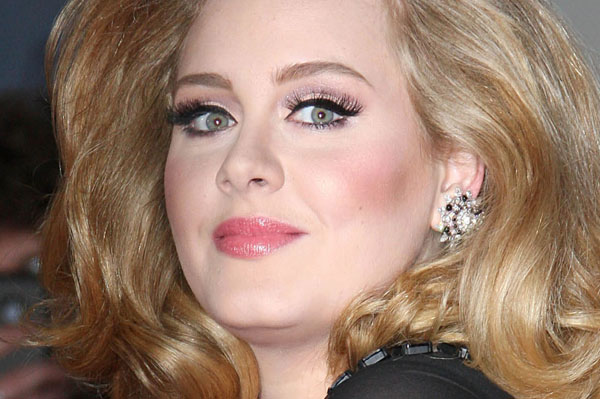 Adele is back in a big way!

The new mom made her first post-baby appearance at the 2013 Golden Globes — and what a night it was! The big-voiced Brit won Best Original Song for “Skyfall” and, in typical Adele fashion, was hilarious in her acceptance speech.

“We’ve come for a night out, I was not expecting this,” Adele said during her speech, referring to her and her pal, also a new mom. “It’s very strange to be here. We’ve been pissing ourselves laughing.”

The 24-year-old added a thank you for the two important men in her life.

“This is for my boyfriend Simon who convinced me to do it, and my lovely son,” she said.

What, you’re not going to tell us his name? Sad.

There was at least one person who wasn’t thrilled for Adele’s win: fellow nominee Taylor Swift.

Cameras caught Swift — nominated for her song “Safe and Sound” from The Hunger Games — giving Adele the side-eye from her seat in the audience.

Sorry, Taylor: You can’t win them all.

We doubt the Adele cared — or noticed. She was excited just being a part of the whole thing.

“All these people here, like characters I’ve come to love in films and TV and it’s very weird coming here and not being around my peers,” she told Ryan Seacrest before the show.

“Well, I’m sure they’re big fans of yours,” Seacrest shot back.

You’re right about that, Ryan.