Leslie and Ben begin their walk to the altar with a little help from their friends. (And a former Speaker of the House.) 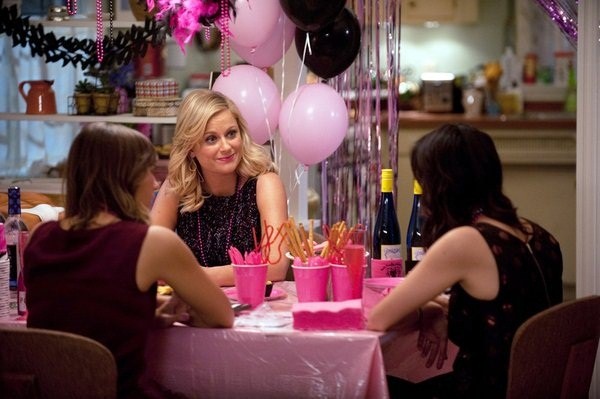 Nothing ever goes quite right in Pawnee, Indiana. That includes bachelor and bachelorette parties. Just a little over a month ago, Ben (Adam Scott) proposed to Leslie Knope (Amy Poehler). In pure Parks and Rec fashion, it was funny, cute and slightly awkward. Now it’s time for a stag night!

Ann (Rashida Jones) takes over planning Leslie’s bachelorette party. Sadly, her plans are quickly overrun and ruined when Councilman Jamm steps in to “help”. Penis straws and other inappropriate decor will abound for what looks like a pretty “intimate” gathering. Uh-oh.

Meanwhile, Chris (Rob Lowe) steps up to be in charge of Ben’s bachelor party and plans a game night. As the guys bond, though, Chris learns that none of them have ever had their own bachelor parties. We’re not sure just how wild things will get. However, this sneak peek is meant to give us a clue and it looks like things stay pretty calm. Watch… 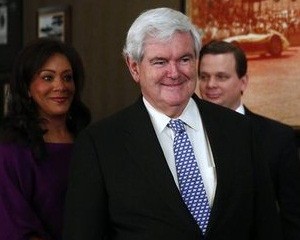 Aside from the normal Parks and Rec shenanigans, there’s another semi-cool reason to tune in to this week’s episode. The outspoken author and former Republican congressman, Newt Gingrich, will make a guest appearance on the show! When Jerry goes out to dinner, he’ll accidentally take Gingrich’s table when their two last names are confused. (Gingrich and Gergich really could be easily misheard.) That’s a serious bummer for Jerry, but probably pretty funny for viewers.

As Leslie and Ben’s wedding nears, what else can we expect? There’s really no telling. Whatever it is, though, we’re sure it’ll be hilarious!

More on Parks and Recreation