The Live Well Network is offering an unprecedented behind-the-scenes look at the 2013 Miss America Pageant. 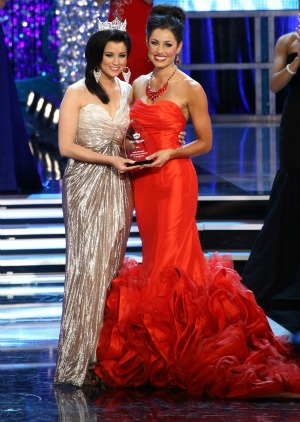 If you are a fan of the history of the Miss America Pageant, then this is your lucky week. Not only will the pageant be televised live from Las Vegas on ABC this weekend, but the Live Well Network will air a five-part special titled Miss America: Secrets Revealed.

The show, hosted by Rebecca Spera, revolves around the 53 contestants as they vie for the crown. Spera will get insider tips from the title- holders about everything from fashion to fitness to their beauty regimens.

The episodes will be 30 minutes long and run in marathon succession beginning Saturday, Jan. 12 at 3:30 p.m. EST. It is the perfect lead-up to the ABC broadcast on Saturday night.

It is a unique opportunity to get a behind-the-scenes look at the contestants as one woman tries to take the crown. This new television venture will definitely make an impact on younger viewers, as well.

Art McMaster, President and CEO of the Miss America Organization said, “Our Miss America contestants are intelligent and talented young women who will proudly represent their states through living well. They give back to their communities and are such positive role models for young girls.”

Check out a preview of the show.