Would you spend $100 to send a Facebook message to Mark Zuckerberg? They’re hoping you will. 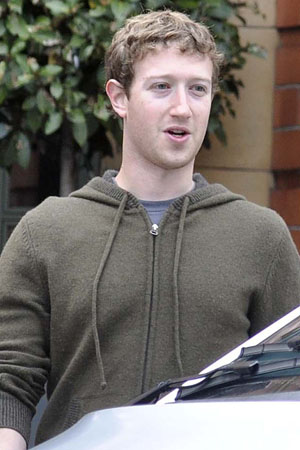 A couple of weeks ago, Facebook — in its infinite wisdom — deciding to give users the opportunity to message anyone on the site, even if the sender is not friends with the receiver.

The catch? The sender has to pay $1 per message.

Naturally, crafty Facebook users wanted to know whether or not they could contact Facebook’s hoodie-wearing creator, Mark Zuckerberg, for a buck. The answer: Nope, but you can for $100!

The tech blog Mashable first discovered this high-dollar price tag when testing out the service earlier this week.

“We are testing some extreme price points to see what works to filter spam,” a Facebook rep told the website.

Don’t presume Zuckerberg’s bride is a billionaire too >>

We have to wonder how many people will actually pay the $100 to get a message to Zuckerberg. There’s no guarantee that he’d actually read the message, either — that delete button comes in mighty handy.

The whole thing got us thinking: What would we ask Zuckerberg if we had the chance? Probably give him some fashion advice.

Then again, he’s probably a lost cause. The 29-year-old recently told NBC’s Today that he wears the same thing every day.

“I mean, it’s literally, if you could see my closet at home…” Zuckerberg said of his boring wardrobe. “My wife has a bunch of stuff. Although she has her drawer — primarily scrubs for the hospital — I get one drawer. And my drawer is about 20 of these gray t-shirts.”

And he only gets one dresser drawer, “like men everywhere.”

Would you spend $100 to send a message to Mark Zuckerberg?