Ryan Gosling is not exactly a natural-born salesman. 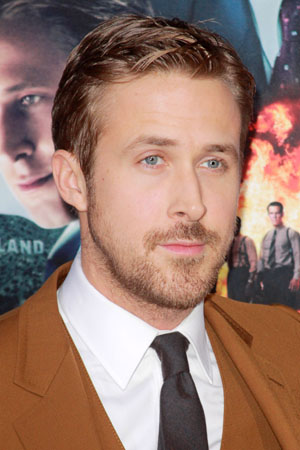 Ryan Gosling is a lot of things: Hot, a knife-seller… and a Girl Scout cookie dealer? Apparently so.

The Gangster Squad actor stopped by Jimmy Kimmel Live! on Thursday to promote the new film — and Kimmel had to clear something up.

“So was that Ryan Gosling?” Kimmel asked.

“It seemed like a good idea at the time,” he admitted. “Yeah, look, I regret it.”

“When I was a kid, my dad he had side businesses all the time, and somehow — I don’t know how — he came upon a truck full of cellophane… and he wanted me to help him sell it,” Gosling recalled.

“I had a fantasy that one day someone would buy all of it. Like some guy would come along and be like, ‘I’ll take it all!’ Which never happened. So I was walking out of Ralph’s one day and these kids were trying to sell their cookies, and I was like, ‘I’ll take ’em all!’ I bought hundreds and hundreds of boxes. I didn’t realize how many boxes I was going to have. I had a car full of them and I didn’t know what to do, so I started throwing them out the window to people on the street.

Read on for more Ryan Gosling