Demi Lovato is still working on her recovery. The latest? She’s been staying in sober-care housing to keep a handle on her “emotional and physical issues.” 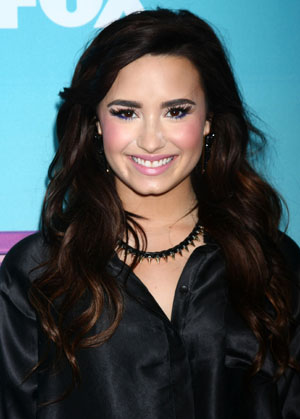 Reason no. 576 why we love Demi Lovato: She’s working hard on her recovery — and she’s not afraid to admit that she still needs help.

Case in point: The X Factor host is staying in a sober-living facility to keep herself on the straight-and-narrow, according to TMZ. Sources tell the website that Lovato, 20, made the decision after signing on for The X Factor.

And it’s a smart choice, too: All of the pressure and criticism that comes with a live television show can crush even the most confident of people.

It’s been a long road for the “Skyscraper” singer: She went to rehab in 2010 to deal with “emotional and physical issues,” specifically bulimia and self-harm through cutting.

“There were times I felt so anxious, almost like I was crawling out of my skin,” she told Self magazine in 2012, “that if I didn’t do something physical to match the way I felt inside, I would explode.”

“I cut myself to take my mind off that,” said Lovato. “I just didn’t care what happened. I had no fear.”

Rehab was a success, but she’s honest about her continued struggles.

“An addiction is an obsession, something that takes over your mind and your every thought. You think that you can’t live without it. For me, it was not eating and purging and self-harming,”

We applaud Demi for taking control of her personal well-being. A few other celebs — cough, Lindsay Lohan, cough — could learn a thing or two from her.