It sounds like Jennifer Lawrence will be walking the red carpet solo for the upcoming awards shows. 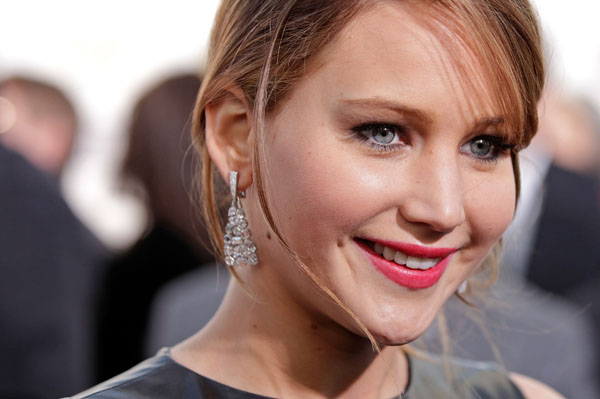 Jennifer Lawrence made her relationship with her X-Men: First Class co-star Nicholas Hoult sound so fun during an Elle interview last fall.

“[My boyfriend] is honestly my best friend, and hopefully I’m his best friend too,” she told the magazine. “He’s my favorite person to be around and he makes me laugh harder than anybody.”

“We can eat Cheetos and watch beach volleyball and we turn into perverted Homer Simpsons, like, ‘Oh, she’s got a nice ass,'” the Silver Linings Playbook actress added. “I never thought we’d have such different opinions on asses.”

Well, apparently those opinions — or something — drove them apart: They’ve reportedly broken off their two-year relationship, according to reports.

Reps for Lawrence and Hoult have not yet confirmed the breakup, but the low-key pair never really addressed their relationship in public — outside of her recent interview.

We doubt she’ll be single for long, though. The actress is on the express train to superstardom, thanks to her second Oscar nomination and starring role in The Hunger Games trilogy.

Who will Lawrence date, though?

She seems to prefer the British guys — like Hoult — because of their accents.

“British men have these wonderful manners, and everything they say is funnier just because of the accent,” she told U.K. Glamour last year. “There’s this cute ‘I’m trying to be adorable because I know you’re mad at me’ accent, and then the drunk accent where all the consonants have vanished.”

So, which Brit actors are single? Start putting your calls in now, boys.