Lance Armstrong went from the picture of heroic strength to the picture of a cheater. Now viewers from around the globe can watch as Oprah takes a prowl into the cyclist’s life. 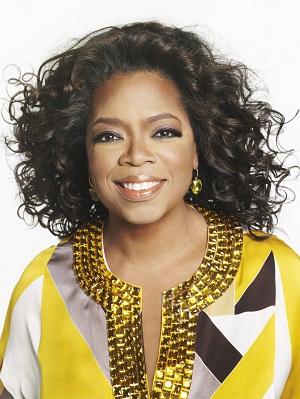 Discovery Networks, which partially owns Oprah’s OWN channel, has made arrangements for a global simulcast of Oprah Winfrey‘s 90-minute exclusive interview with one-time cycling champ Lance Armstrong. The interview will be available to view both online and on various international Discovery channels.

In a statement from Discovery Networks, they said the interview, titled Oprah Winfrey and Lance Armstrong: A Worldwide Exclusive, will see Armstrong “address the alleged doping scandal, years of accusations of cheating, and the charges of lying about the use of performance-enhancing drugs throughout his storied cycling career.”

The interview takes place in Lance Armstrong’s home in Austin, Texas, and is the only interview since Armstrong was stripped of all seven of his Tour de France titles. Aside from being stripped of his wins, Armstrong suffered the loss of millions of dollars worth of endorsements, and last year was forced to resign from his LIVESTRONG foundation, which had raised hundreds of millions of dollars for cancer research. All the bad luck spurred from a report by the U.S. Anti-Doping Agency, which accused the cyclist of taking performance-enhancing drug for his entire career.

The simulcasting will be a major feat for Discovery and not something the network has tried before, indicating the importance of the interview. Oprah Winfrey and Lance Armstrong will originally air in the U.S. and Latin America on Jan.17 and be live-streamed on Oprah’s website. The next day, just hours after its original airing, Discovery Channel and TLC will begin airing the special in international markets across Europe, the Middle East and Africa. Discovery Networks will air the special on channels such as Discovery Channel, TLC, DMAX, Real Time and Home & Health.

Oprah Winfrey and Lance Armstrong will air on Thursday, Jan. 17, at 9/8c on OWN, as well as Oprah.com.

Image courtesy of OWN