Known almost entirely for her songs about ex-boyfriends, it should come as no surprise that Taylor Swift is back in the studio right after her latest breakup. 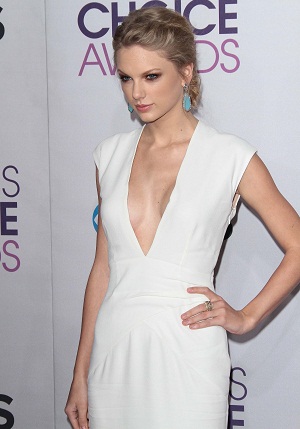 Taylor Swift‘s new album hasn’t even had the dust settle on it yet, but she’s already tweeted that she’s back in the studio. Why?

Isn’t it obvious? She really did break up with One Direction member Harry Styles.

Earlier this month, rumors began swirling that the two had broken up after Taylor was caught leaving their island vacation after only a couple days. Now Swift’s latest tweet confirms the suspicions.

“Back in the studio. Uh oh…” tweeted the 23-year-old country/pop singer. Why “Uh oh?” Everyone knows if Swift sings, it’s usually about an ex-boyfriend. She’s clearly earned herself a new song.

If the song truly is for her collection and about Styles, Swift fans/gossip hounds shouldn’t expect to hear the song any time soon. Swift’s release schedule usually only allows for an album every two years. Unless she’s recording more bonus songs for another deluxe version of Red, you’ve got quite a while before you’ll hear anything new or find out the story behind their breakup.

Helping to confirm the multi-platinum songstress’ breakup was her appearance at the People’s Choice Awards. Not only did she wear a plunging white dress to remind Styles what he’s missing out on, but she also seemed to wear a perpetual scowl. Looks like it’s once again the guy’s fault they broke up and definitely not hers. She’s a princess. Nothing is her fault.

If the song is about Harry, listeners should be able to spot it from the start — Swift rarely leaves things murky for her fans. She’s a name-dropper: In a couple of song titles alone she names “Dear John” and “Hey Stephen.” Then, of course, there’s songs like “Teardrops on my Guitar” where the name is buried inside. On the occasion that Swift doesn’t pop a name into her song, she always finds a way of describing her former suitor in inescapable detail. In other words, be on the lookout for references to curly hair, accents, tattoos and cupcakes.

It’s going to be a busy year for Taylor Swift followers, isn’t it?