New York Times Magazine writer Stephen Rodrick was given full access to the set of The Canyons, Lindsay Lohan’s latest (and from what Rodrick writes, sounds like last) picture. To put it mildly: She wasn’t very reliable. 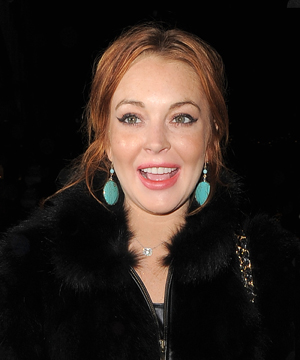 “Here Is What Happens When You Cast Lindsay Lohan in Your Movie” is perhaps the most devastatingly honest and seamy account of a film production ever written, making The Canyons principals from director Paul Shrader, to writer Bret Easton Ellis, to stars James Deen and Lindsay Lohan all look bad.

Though we are treated to spectacles such as director Shrader stripping naked while filming (supposedly to make Lindsay feel more comfortable), and crankily refusing director Steven Soderbergh’s offer to edit the movie for free, naturally, it’s Lindsay Lohan who comes off the worst.

She is constantly late or absent, causing production delays and innumerable hassles. One morning, her excuse for not showing up was that she was discussing the script into the wee hours with one of The Canyon’s writers and took a sleeping pill at 3 a.m. Another time, she was out partying with Lady Gaga until 5:30 a.m., when her call was 6 a.m. Shockingly, Lohan was then pronounced too ill to work that day! Imagine!

Lindsay Lohan is a mess because of dad, says mom >>

Lohan was also capricious with the movie’s money, one day treating friends, including Gaga, to a sushi lunch to the tune of $600. This on a movie with a $250,000 budget largely raised on Kickstarter, on which she was making a mere $100 a day.

“Six hundred dollars is huge on this movie, ” said an incredulous producer. “That’s six guys’ pay for the day.

Lohan was also prone to disappearing, at one point staging a “jailbreak” when her publicist attempted to take her to get some lunch so that the starlet wouldn’t go AWOL.

Finally, she’s tragically sad: When Shrader roughed her up to show co-star James Deen how to play a violent scene, Lohan replied, “Well, I’ve got a lot of experience with that from my dad.”

“She didn’t elaborate, and no one asked,” writes Rodrick. Ouch.

Oh, and Lohan says someday she wants to direct. Um, good luck with that one.