We know it’s hard to keep track of all the awards shows. Here’s a list of the winners from last night’s Critics’ Choice Awards… just in case you forgot to tune in. 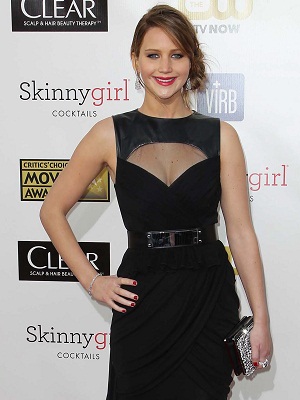 The Critics’ Choice Awards are always interesting. Instead of being voted on by former nominees or winners (so it’s like one big self-congratulatory party) or from some secret panel of rich people, the CCAs are voted on by more than 270 television, radio and online critics.

This tends to mean that the awards skew more toward what normal American moviegoers enjoyed instead of who has a BFF who made a movie this year that was “just OK.”

This year definitely adequately summed up the feelings of movie fans — especially in the case of Jennifer Lawrence. If it wasn’t obvious before, it is now: Lawrence has quickly (and rightfully) rocketed to the top in Hollywood.

Does anyone even remember who used to be “America’s Sweetheart?” We’re pretty sure it’s Jennifer Lawrence these days.

Check out all our awards show coverage >>

And the winners are…