SheKnows Correspondent Whitney English grabs a seat at the 2013 Critics’ Choice Awards, sponsored by Evian, to give you a behind the scenes look at awards season. 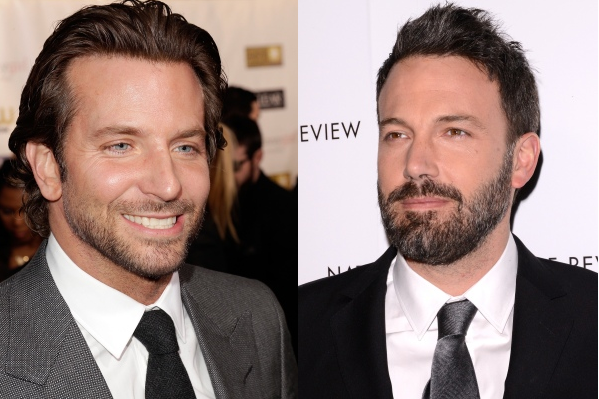 Have you ever wondered what happens during commercial breaks at all the big awards shows? Who’s schmoozing who? What’s on the menu? Well, SheKnows was lucky enough to grab a seat at the 2013 Critics’ Choice Awards, where Hollywood’s royalty was holding court, and I have all the scoop that you didn’t see on the CW tonight!

First things first: the menu. It was much less grandiose than I expected! 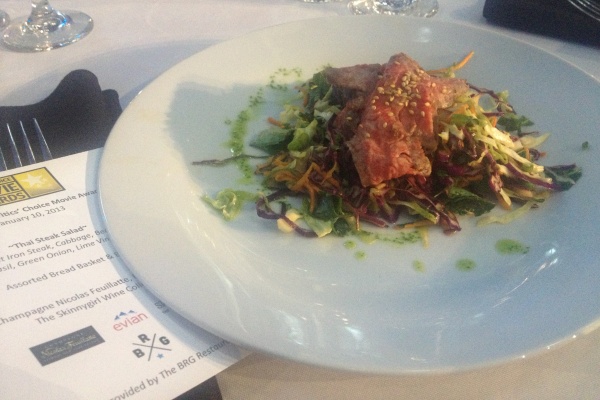 After I was seated, right in the center of Santa Monica’s Barker Hanger (in prime view of the stage, I might add), I was greeted by a delicate Flat Iron Steak Salad. Yeah, it was enough for a tiny A-list actress, but what about Henry Cavill? The Man of Steel probably needs more nourishment than that.

But I guess most of the attendees weren’t focused on food when there were unlimited bottles of Champagne Nicolas Feuillatte and Skinnygirl wine on every table. For the sober actors, though, like Bradley Cooper (and me, I was driving) tons of Evian bottled water.

Speaking of Superman, Cavill was joined by Haywire star Gina Carano, who he is reportedly dating and is rumored to be making an appearance as Wonder Woman in the summer blockbuster. 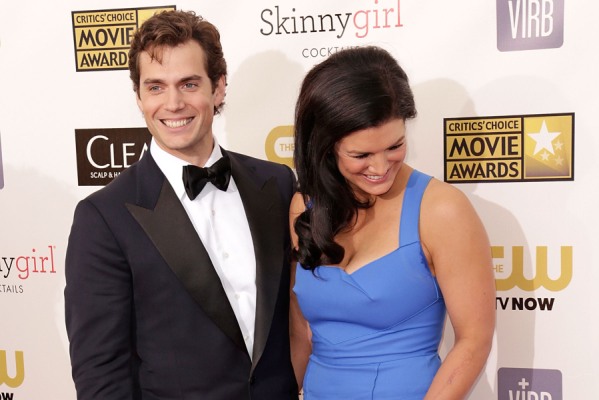 Whether they are co-stars or a couple though, I can report that the duo sat side by side smiling and whispering in each other’s ears during the show. And when Carano needed to go to the bathroom mid-program, Cavill escorted her there, linked arm-in-arm.

An even more interesting duo was Bradley Cooper and Ben Affleck. The two were seated at tables right next to each other and got up during almost every single commercial break to talk to each other. 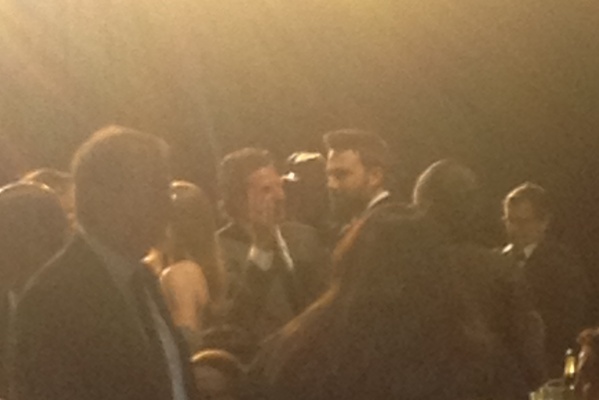 (fuzzy iPhone shot from inside!)

The Best Actor in a Comedy winner and Best Director of the year were spotted laughing, hugging, and taking pictures together. The guys had so much to talk about that Bradley even got up during Skyfall’s acceptance speech for Best Action Movie and snuck over to Ben’s side to whisper in his ear. Must have been important.

But actors getting out of their seats was a common theme at the show, and apparently at most awards shows, I’m told. John Krasinski and wife Emily Blunt crossed the entire dining area mid-show to schmooze with Ben, Bradley, and Argo producer George Clooney. 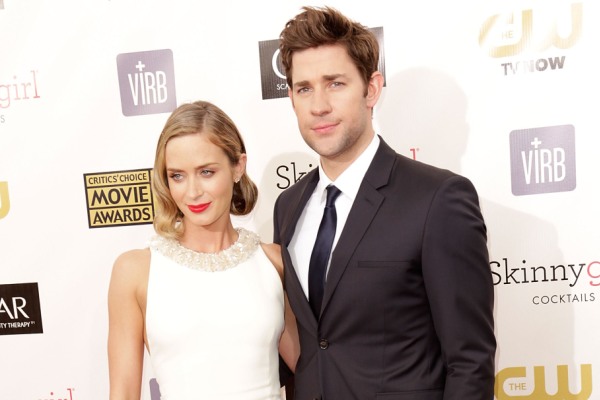 And I saw Joseph Gordon-Levitt make the trek across the hangar to hug and chat with his Dark Knight Rises co-star Marion Cotillard.

Another actor everyone wanted to talk to was Lincoln‘s Daniel Day-Lewis. The Best Actor winner received one of only two standing ovations for the night (the other went to Argo director Affleck).

Actually though, there were three standing “O’s.” That is if you count when This is 40 director Judd Apatow asked the crowd to stand up for him. Apatow was honored with the night’s Louis XIII Genius Award and made sure to rub it in good to all the other directors present, who didn’t win the award. 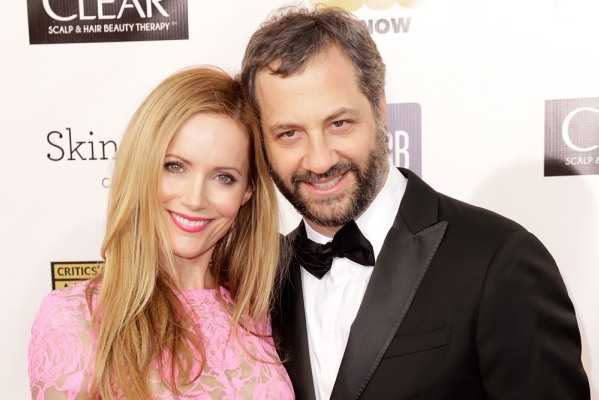 Ever humble though, Apatow did admit he was “flummoxed” by the honor and thanked his beautiful wife Leslie Mann, who sat proudly by his side.

After Argo took home Best Picture and the cameras shut down, the crowd was escorted to a side area for the after-party. Of course, none of the big celebs actually attended. They made a quick getaway before they could be hounded by any more fans (yep, even Hollywood’s critics act like superfans when placed in a room with Clooney).

One popular Hollywood newcomer was at the after-party though, cutting a mean rug on the dance floor. Beasts of the Southern Wild star Quvenzhané Wallis, who at 9 years old just became the youngest Best Actress Oscar nominee, danced her heart out for a good half an hour. Between the morning’s nomination and the evening’s Best Young Actor win, Wallis certainly has a lot to be happy for!

I scoped the scene for a bit to try to get my face time with the man of the night (Affleck), before giving up and heading home. But it was a fabulous evening regardless. Thanks to Evian for hooking SheKnows up with a seat, and for my beverage of choice!