Robopocalypse is a highly ambitious novel. Steven Spielberg’s taking it upon himself to bring it to life. After years of waiting, he insists the movie is still on track. 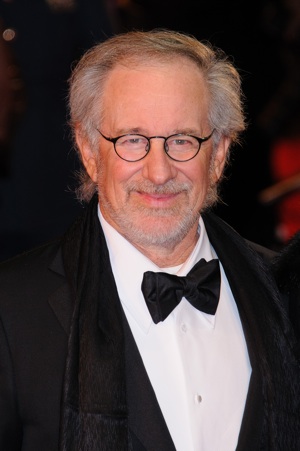 Steven Spielberg has had a change of heart. Yesterday it was reported that his long-developing Robopocalypse film was put on hold — indefinitely.

According to The Hollywood Reporter, Spielberg’s rep said the film was “too important and the script is not ready, and it’s too expensive to produce.” He continued, “It’s back to the drawing board to see what is possible.”

Hold the phone! Spielberg doesn’t agree. Thursday (via EW), the director quickly threw water on the fire and debunked that statement. Robopocalypse hasn’t been scrapped, but it is getting a makeover.

“We found that the film was costing a lot of money and I found a better way to tell the story more economically but also much more personally,” Spielberg said. “I found the personal way into Robopocalypse, and so I just told everybody to go find other jobs, I’m starting on a new script and we’ll have this movie back on its feet soon.”

We wonder what made him change his mind: perhaps it was the 12 Oscar nominations Lincoln received this morning? If anything, he seems more motivated than ever to do the film right. When pressed about it, he confirmed, “I’m working on it as we speak.”

So far, the cast of Robopocalypse includes Anne Hathaway and Chris Hemsworth. The original script was written by Drew Goddard (The Cabin in the Woods, Cloverfield) and based on the book of the same name. The story centers on the war between humans and robots. It’s set in a future where people are the minority and machines dominate.