It’s 1949 and a new gangster is in the City of Angeles. Mickey Cohen is a thug who has it all – drugs, power, a hot girl – until Sgt. John O’Mara decides he’ll stop at nothing to bring him down. This movie is action-packed and full of beautiful scenes of a noir-ish Los Angeles. 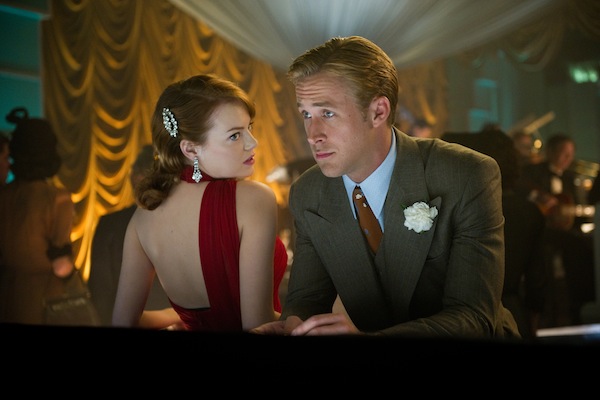 Back in the day when the sign on the hills read “Hollywoodland” and public transportation in the form of Red Cars zipped up and down Wilshire Boulevard, a mobster named Mickey Cohen (Sean Penn) decided to call sunny California home — or perhaps — his kingdom. An ex-boxer and Mafioso, Cohen is the king of drugs and dames in L.A.

The movie opens high up in the hills, behind the Hollywoodland sign. Cohen visciously chains an enemy mobster between two cars. Some nearby coyotes salivate with each rev of the cars’ engines. When the two cars take off in opposite directions, the man is torn in half and the coyotes enjoy their dinner. Cohen couldn’t be more thrilled. 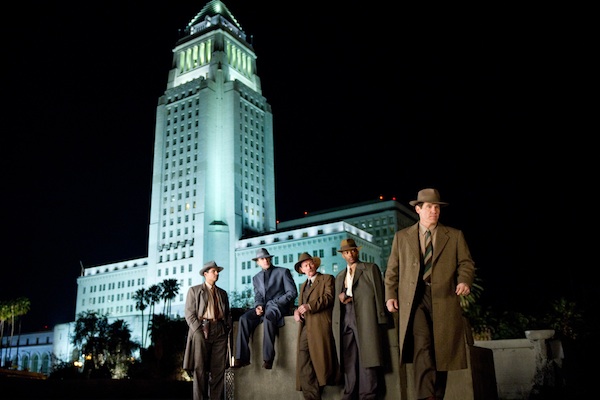 Gangster Squads’ intense violence continues throughout the story — gory, bloody and frightening. The movie was supposed to be released in the summer but was delayed after the movie theater shooting in Colorado.

The filmmakers replaced a scene where a gangster dispenses ammo in a movie theater with a scene where gangsters dispense ammo in Chinatown. Though I haven’t seen the original scene, I can bet the one in Chinatown is far more cinematic.

What the film does best is recreate a Raymond Chandler-esque Los Angeles with Hollywood Boulevard at its peak of luxury, entertainment and underground gambling halls.

Sgt. John O’Mara (Josh Brolin) served his country in World War II and is now in service of Los Angeles. A man of honor, he and his wife, Connie (Mireille Enos), are expecting a baby shortly. Connie worries about her husband’s safety — and she should. 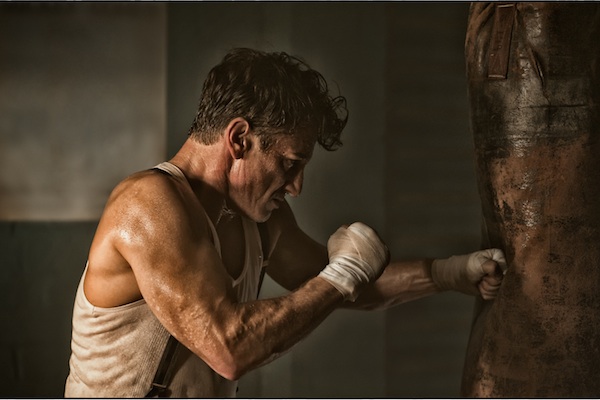 O’Mara organizes a squad to rid the city of the black-hearted Mickey Cohen, but runs into a snag when one of his cops, Sgt. Jerry Wooters (Ryan Gosling) happens to be having an affair with Cohen’s main squeeze, a hot tomato named Grace (Emma Stone).

Sean Penn brings the rage big-time when he finally has to go mano y mano with Josh Brolin, who makes a perfect choice for the leader of the squad. Ryan Gossling and Emma Stone seem to have a real connection, though physically, I’m not sure Stone was the choice for the Hollywood vamp. Personally, I’d rather see Christina Hendricks as the temptress redhead because she fully captures the feminine mystique of years gone by.

My favorite scene in the movie takes place at classy nightclub called Slapsy Maxie’s. The entertainer is none other than Carmen Miranda with a banana-bonanza on top of her head. Actress Yvette Tucker brilliantly captures Miranda’s exotic flair.

Bottom line:  This movie is extremely violent, including a scene where a man gets a power drill through his skull. If you like film noir and love to see gorgeous 1940’s Los Angeles, then you’ll like the movie.

Gangster Squad is 1 hour, 50 minutes. During the credits, they show fun, vintage postcards from Southern California.