As if we weren’t excited enough for tonight’s premiere of The Carrie Diaries, adorable blond Austin Butler plays a prime role in the Sex and the City prequel. DVR: set! Thanks to Austin, we’re gonna watch it again and again… 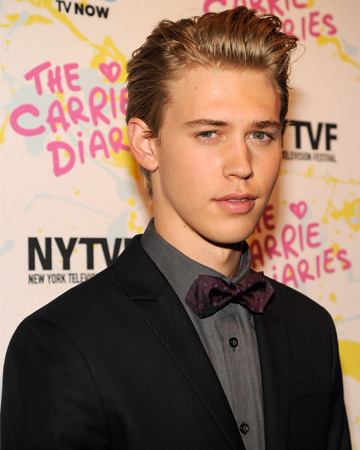 We’re “Carrie’d” away with this cutie

As if we weren’t excited enough for tonight’s premiere of The Carrie Diaries, adorable blond Austin Butler plays a prime role in the Sex and the City prequel. DVR: set! Thanks to Austin, we’re gonna watch it again and again…

The platonic ideal of a cute California boy, Austin is our high school dream come true.

If a young Carrie Bradshaw adores him, so do we

One look at Austin, and we know we’d be head-over-heels in love with him had he graced us with his presence in the halls of our high school. Hey, we have a crush on him now, and we’re not even 16 years old anymore. Austin plays bad boy Sebastian Kydd (think Mr. Big, just a few decades younger), who quickly captures Carrie’s attention. But there’s more to this cute guy than meets the eye… not all of it good. Butler, however, is quick to say that Kydd is no run-of-the-mill bad boy:

“He’s so much more than that,” Butler told Celebuzz. “And it’s fun for me because as I read the episodes, I get to see where his humanity is. When you first see someone, you might think, ‘Oh, they don’t feel this or they don’t feel that,’ but then you get to see what he feels and what pushes his buttons. It’s really fun.”

We can’t wait to check it out!

His resume is already stacked

Even though Butler looks young, his resume is practically the length of a Dead Sea Scroll, thanks to his early kid-friendly gigs like Aliens in the Attic, Ruby & The Rockits and Disney’s Sharpay’s Fabulous Adventure, in which he again starred alongside Ashley Tisdale. You’ve probably also seen him in weightier fare, like Life Unexpected and Switched at Birth, plus much more. When does this guy ever sleep? That’s gotta mean one thing: He’s a hard worker.

“As far as acting goes…You can never learn enough,” he once told Portrait magazine. “Even the greatest actors still go to acting class. Also, and equally important, be nice to everyone you meet, because the guy who’s sweeping the floors today could someday be the biggest director or producer out there.”

He prepared for The Carrie Diaries in the best way possible

How does one educate oneself before playing an early incarnation of Mr. Big? By figuring out what makes us ladies tick. He told Interview magazine he rented The Breakfast Club to see what, exactly, makes Judd Nelson so darn appealing. And, of course, he watched a few episodes of Sex and the City. What did he think?

“I never pictured myself on Sex and the City,” he told Interview. “But I watched the first two seasons in under a week and . . . Well, I get why women love it.”

The Breakfast Club plus a Sex and the City marathon? Add a bottle of wine and some chips, and we’ll be over at your house in two seconds, Austin. Best. Date. Ever. 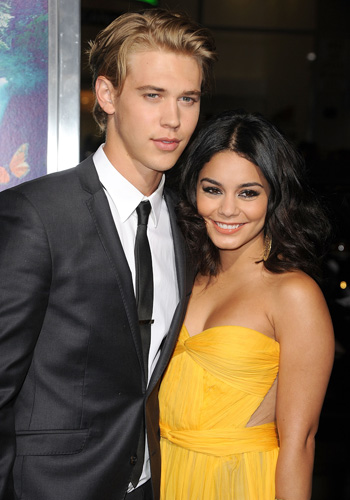 No low-profile romance here! Austin has been dating High School Musical actress Vanessa Hudgens, none other than Zac Efron’s ex, for about a year and a half. The pair has been known to do yoga and go hiking together — adorable.

But despite how cool and collected the pair looks in paparazzi pics, privacy is something that Austin has fretted about in the past.

“You can go the route of not living your life at all — and a lot of actors do that, where they just won’t even go out of the house at all — but it makes life so unenjoyable,” he told Access Hollywood. “You can’t go out, you can’t hold hands with your girlfriend, you can’t do any of these things. So, I’m trying to find the balance. It’s just staying happy and staying present and not worrying about what other people think.”

Good way to look at it, Austin!