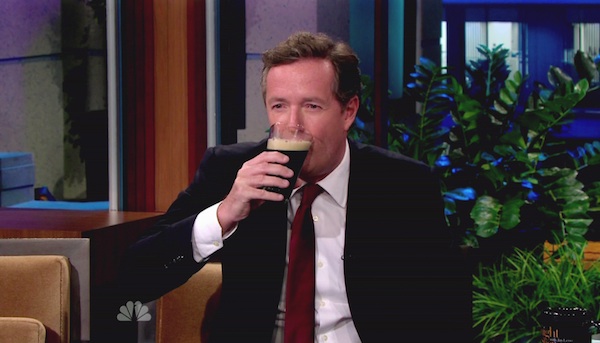 The petition against deporting Morgan garnered over 100,00 signatures — well above the 25,000 needed to elicit a White House response — and in that response the White House explained their decision to deport Piers Morgan comes from the Constitution.

“Let’s not let arguments over the Constitution’s Second Amendment violate the spirit of the First,” said White House press secretary Jay Carney. “Americans may disagree on matters of public policy and express those disagreements vigorously, but no one should be punished by the government simply because he or she expressed a view on the Second Amendment — or any other concern.”

Morgan and Jones engaged in what CNN calls a “fiery exchange” on Piers Morgan Tonight Monday evening. Viewers watched as the TV talk show host sat quietly and listened to Jones, a radio host,  explain his reasoning for wanting Morgan deported. Jones’ major point of contention: Morgan’s conservative views on gun control. “1776 will commence again if you try to take our firearms! It doesn’t matter how many lemmings you get out on the street begging for them to have their guns taken! We will not relinquish them! Do you understand?”

CNN called Jones the “King of Conspiracy” on Wednesday, because he cited several theories about the government’s deliberate attempts to disarm and medicate citizens.

Jones seems to take issue with the recent gun buy-back programs taking place across the nation in the aftermath of the Newtown, Connecticut shooting in which 27 people died — 20 of whom were children — last December. The voluntary programs are run by local cities and allow those with guns to exchange them for cash or a gift card, no questions asked. Such gun buy-back programs received strong criticism from the National Rifle Association (NRA). The NRA released a statement that seems to align with Alex Jones’ concerns, urging those with firearms not to release them to the government.

Piers Morgan spoke to British morning show Daybreak about the White House decision to deny Alex Jones’ deportation petition. “The bottom line, and I know this will be very distressing to people in Britain, is that I’m going to be staying in America on the President’s orders.” He added, “You’re living in a country now that is driven by these people into a sort of subconscious feeling that if you’re not armed, then there’s something wrong with you.”