Watch the hilarious video: Mark Wahlberg does the weather for Good Day Philadelphia. 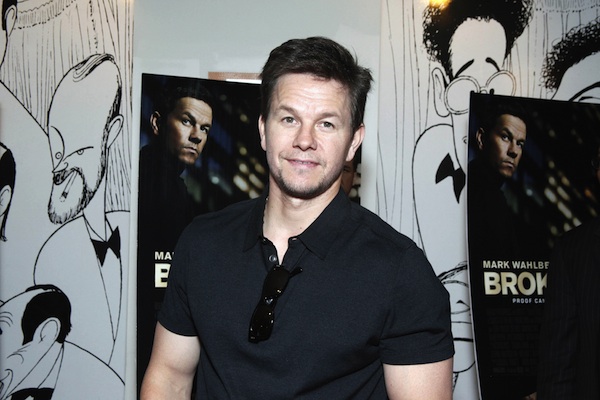 Mark Wahlberg now does the weather. Wahlberg, a Boston native, brought his trademark style of speaking and cockiness to Philadelphia, Pennsylvania as he gave morning viewers their weather and traffic updates on Good Day Philadelphia. (Also in the report was Broken City director Allen Hughes but we’re pretty sure Wahlberg stole the show as he did the weather).

Wahlberg was hilarious as he did the weather. With hands in pockets and bringing a little extra swagger to the routine Philadelphia morning show, Wahlberg showed up Hughes as he took over the weather and traffic report. “Sunny and mild with a high of 54 and a low of 32. C’mon, Allen, get with it. This is perfect golf weather for Philadelphia, by the way.” Everyone laughs as Mark Wahlberg continues, and becomes more entertaining as he finishes the remaining forecast. “Okay, let me get the rest of this seven-day forecast here… look at Sunday, 60 degrees, just like spring with a low of 43.”

What other A-list celebrity tried to read the weather? >>

The best part of watching Mark Wahlberg read the weather and traffic was his hilarious version of the traffic report. In a different but equally entertaining Philadelphia accent, Wahlberg explains just where the congestion is around Philadelphia on Wednesday morning.

“We’ve got congestion over there on the 676, heading down the ’76 by the Schuylkill [River] near Center City. We got a slow ride there, expect about 20-minute delays… look at this congestion here, we’re expecting about 40- to 45-minute delays if you’re coming eastbound on the 676 there. You’re gonna have some serious problems so why don’t you stop and get yourself a hoagie.”

You can watch the full video of Mark Wahlberg as he does the weather below.