Justin Timberlake is teasing his fans with the possibility of a new album for the first time in six years. 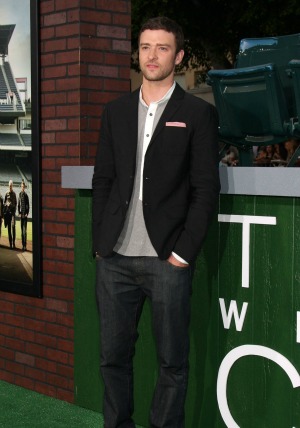 We’ve waited six long years, but guess who’s back on the music scene? Justin Timberlake. After tweeting a cryptic message on Wednesday that simply stated, “Thursday, January 10th, 2013 at 9:01 am PST…”, followers of Timberlake got their answer.

The singer posted a one-minute video that finally gave us a clue as to what he’s been working on. The short clip shows Timberlake walking into the music studio while he explains on a personal level what music means to him.

The voiceover starts out with, “Someone asked me the other day ‘So, are you just done with music?’ It means more to me than anybody else in the world. Look, I’ve only done two albums in 10 years; that’s the way I really look at it… I’m the one who sits and is obsessive about it before you even get to hear it.”

After giving the viewer some insight into his perfectionism, he continues, “As close as I get to it, I don’t know that I could physically torture myself that much year in and year out and expect it to fulfill me the way that it does and the way that it is right now. I don’t want to put anything out that I feel like is something I don’t love. You just don’t get that every day. You have to wait for it.”

So how long do his fans have to wait? Wasn’t six years enough? Well, there seem to be a few clues at the end of the video, which includes the final words, “I’m ready,” as well as a clock that counts down to Monday morning on his personal site.

What are we waiting for? Well, The Hollywood Reporter is speculating that Timberlake might release a new album produced by Timbaland. The album reportedly has approximately 20 tracks. If this turns out to be true, it will be a huge surprise to many in the music industry who have somewhat written off the former boy band member.

Timberlake has been focusing on his acting career in the last few years with roles in films like The Social Network and the upcoming Inside Llewyn Davis. He also became a part of the new Myspace and he had a $6 million wedding last fall to actress Jessica Biel.

The music industry is going to be happy to have him back since his last album, FutureSex/LovesSounds, was a huge hit, selling over 4 million units back in 2006.