SheKnows hits the red carpet at the 2013 People’s Choice Awards to chat with your favorite stars: The Wanted, Vampire Diaries’ hotties and more! 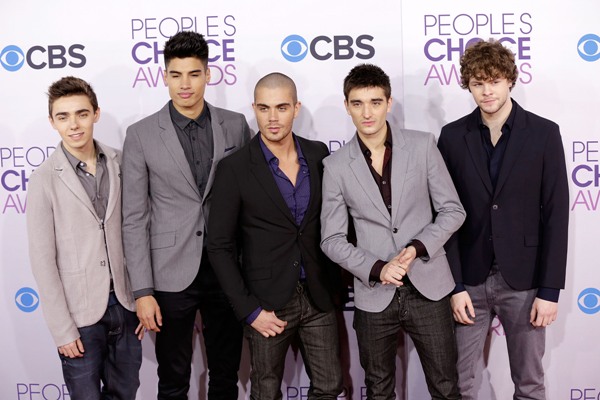 Though it was a chilly night, the stars dressed their best and hit the red carpet at the 2013 People’s Choice Awards.

Olivia Munn, Rachael Leigh Cook, and Brittany Snow all looked fabulous in their designer dresses and stopped to show us their style.

On her arm was husband of eight years, Vampire Diaries’ star Daniel Gillies. Gillies filled us in on his return to the show this season (which starts on Jan. 17) and Rachael gave us a preview of what’s to come on Season 2 of her hit show Perception.

Rachael wasn’t the only gal with a cute Vamps star on her mind. Happy Endings funny lady Casey Wilson shared that she would love to smooch Ian Somerhalder on-screen this year. Wilson presented the Favorite Comedic Movie Actor award with Somerhalder and didn’t seem to mind that girlfriend Nina Dobrev was in tow.

Meanwhile, Melissa & Joey’s young stars Taylor Spreitler and Nick Robinson chatted with us about some current events. They’re totally cool with Justin Bieber smoking weed — he could “be doing much worse” — and they would like to see Kim Kardashian and Kanye West go with a traditional baby name. Jane, perhaps?

For more awards show fun, make sure to follow us on Twitter! We’ll be tweeting live tonight from the Critics’ Choice Awards.

The Critics’ Choice Awards: All the details >>