Here’s the deal, ladies: We men — though it may be last-minute, nearly every time — go to great lengths to show our love for you each Valentine’s Day. The least we could ask for in return is one romantic holiday without The Notebook. But because we care so much, we’ll keep Gosling in the equation. 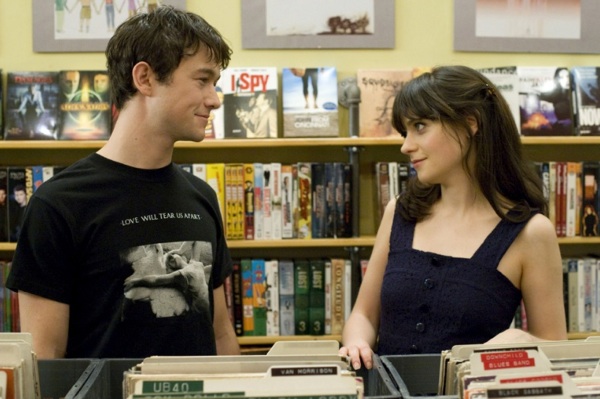 Compromise has such a heavy connotation to it — especially within the context of a holiday like Valentine’s Day, which is so heavily focused on loving your better half and stepping outside your norm to make sure they know you care about them.

That being said, I think I speak on behalf of most men when I say that we’d like just one lazy Valentine’s Day afternoon without the interruption of Dirty Dancing, Ghost, P.S. I Love You or — dare I say it — the damned Twilight Saga.

Look, we appreciate a love story just as much as y’all, but can we please make an effort to find some movies we’ll both agree on? I promise the following films will hold your attention — and as stated, I’ve managed to keep Ryan Gosling in the mix.

Though we may be eternally jealous of your ongoing infatuation with Mr. Gosling, this is one flick we’ll actually enjoy with you. Drive is an intense love story about a professional getaway driver (Gosling) who lands in a world of trouble when he decides to help out his beautiful neighbor (Carey Mulligan). Naturally, the two fall for each other.

I think men love this movie because it’s something we can relate to. In poetic terms, we, too, were once the misguided, immature bachelors of society; that is, of course, until you came along and swept us off our feet, ultimately growing us into the men we are today. Okay, so maybe Knocked Up isn’t the picture-perfect love story, but Seth Rogen and Katherine Heigl star in one of the more realistic portrayals of a one-night stand turned dedicated relationship. The laughs throughout will keep both sexes entertained. If you like this, be sure to check out Judd Apatow’s self-proclaimed “sort of sequel” This is 40, starring Paul Rudd and Leslie Mann.

“Hello, my name is Inigo Montoya,” and though I may be slightly embarrassed to admit this, we dudes can actually appreciate this fairy tale love story that was released in 1987. Packed full of comedy and adventure, this film is about the beautiful blossoming of Buttercup (Robin Wright) and Westley’s (Cary Elwes) relationship.

To paraphrase (and keep it safe for work), veteran catcher Crash Davis (Kevin Costner) believes in “the soul, the small of a woman’s back, the hanging curveball, good scotch and long, slow ,deep, soft, wet kisses that last three days.” If that doesn’t grab your attention, no baseball film ever will. Bull Durham is witty and provocative and features some of the best lines ever heard on the big screen. And there’s absolutely no denying it’s a Susan Sarandon grand slam as jersey-chaser Annie Savoy. Women will appreciate the men in tight pants, and men will love you even more for entering the Church of Baseball.

Starring Matt Damon, Ben Affleck, Minnie Driver, Robin Williams and Stellan Skarsgard — arguably in their prime — Good Will Hunting is an unforgettable story of friendship, the search for self-worth, healing, purpose and a wicked-smart tale of love. “How ya like dem apples?” This one’s man-approved all the way and we know you ladies dig some time with Mr. Damon and Mr. Affleck.

Natalie Portman and Ashton Kutcher discover the fine line between the utopian idea of friends with benefits and real, legitimate, serious love. Watch as they break all the rules, cross boundaries and uncover their passion in the hilarious romcom No Strings Attached. Perhaps this is your story — maybe it’s not — either way, this thing is awesome for guys and gals.

Okay, so this one can be a bit touchy on Valentine’s Day as it doesn’t quite play out the happy ending we all had in mind, but the fact remains, 500 Days of Summer is one of the most honest love movies out there to date. Joseph Gordon-Levitt reveals his healing process through a number of flashbacks, examining brilliant moments of victory and defeat with his wonderful girlfriend, Summer (Zooey Deschanel). This flick is spot-on when it comes to illustrating the woeful, defeated, Smiths-driven soundtrack of melancholy life on the single track which can be so upturned when one finds the perfect counterpart. 500 Days of Summer will reignite the fate that brought you and your babe together, while steering clear of cliché.

We had to throw in a classic. This is the stuff that musters up our ideas of Hollywood love, and Casablanca is a timeless hit for anyone with heartstrings. Featuring Humphrey Bogart, Ingrid Bergman and Paul Henreid.