It’s all over, including the shouting — multiple sources say that Justin Bieber and Selena Gomez’s on-again, off-again relationship is now kaput for good. 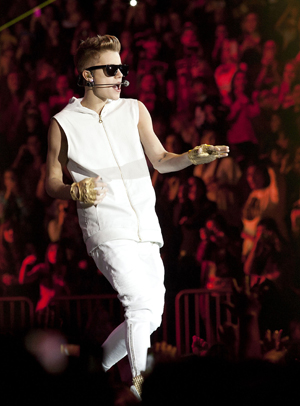 So maybe Selena doesn’t like kissing a guy whose breath smells like bong water? Us Weekly reports that Justin Bieber, 18, and Selena Gomez, 20, have ended their tempestuous relationship.

After breaking up (and then making up) back in November, the Biebs and Gomez reportedly flew to Puerto Vallarta, Mexico, for the New Year’s holidays. Romantic spot, Vallarta. One of the regular ports of call on The Love Boat, if memory serves. But I digress.

There, the pair had “another huge fight,” a source claimed to Us Weekly, “and Selena won’t forgive him.”

Gomez left Puerto Vallarta in a huff on Dec. 30 to fly back home to Los Angeles, which you must admit is a strange thing to do when you visit Mexico specifically for New Year’s.

Are Justin Bieber and Selena Gomez totally back together? >>

When the year flipped from 2012 to 2013, Gomez was celebrating New Year’s Eve at a private Los Angeles house party with her friends.

For his part, Bieber also left Puerto Vallarta on Dec. 31, and rang in the new year at Couture, an upscale Los Angeles nightclub where he partied with rapper Lil Twist.

Lil Twist, you may recall, was the fella driving Bieber’s white Ferrari when photographer Chris Guerra was struck and killed by another car on Jan. 1.

Wise movie, Gomez! Stay out of that big mess completely! Your breakup was nicely timed.

Gomez vague-tweeted “New beginnings. Fresh start. I love you all :)” on Jan. 1.

She doesn’t sound sad about not having Justin around to kiss as the clock struck midnight, but you have to admit, that’s a bad breakup moment in anyone’s life. The ball drops. The confetti flutters down. Everyone kisses each other and you have no one to kiss.