It’s official: Lily Allen is a mum, again! (And the best baby-namer in the biz.) 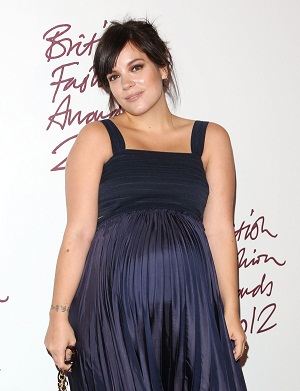 Welcome to earth, Marnie Rose. You happen to be a pretty lucky little girl. Why? To begin with: Your name is not Apple… or 37 syllables. But, also, you’ve got Lily Allen for a mom.

Lily Allen welcomed daughter No. 2 into the world on Tuesday, Jan. 8, 2013. Her new little girl’s name: Marnie Rose. Not only is it slightly unique (Marnie isn’t exactly as popular as “Abigail” or “Madison”), but it’s also just downright adorable.

This makes the second time Allen has killed it in the naming category. Her first daughter, who is just more than a year old, is named Ethel Mary, which is also new/old and definitely beautiful.

Congrats, Lily! (On the babies and the naming skills)

While nearly all babies are loved, we know Marnie and Ethel are especially loved. After years of publicly struggling to have children, Lily’s girls most likely seem extra miraculous. In the world of celebrity pregnancies, there are babies who are exciting (because they come from people like Beyoncé or Kimye) and then there are babies who are just plain precious. Marnie and Ethel were precious from the get-go, but we’re also super-excited for their pop star mum.

And she’s certainly a cool mom…

Their mum, Lily Allen, is the very definition of cool. Not only is the sweet English girl a pop star, but she’s also an actress (she played a lady in waiting in Elizabeth) and a fashion designer. At only 27 years old, Allen has already seen plenty of success. Her music, which sometimes borders on reggae and other times on rock but always with a pop-edge, has had success across the globe. From breakup songs to hookup songs, Allen has done it all and she’s done it well. Listen up…

Most important, though, her sweet voice will be perfect for singing lullabies.