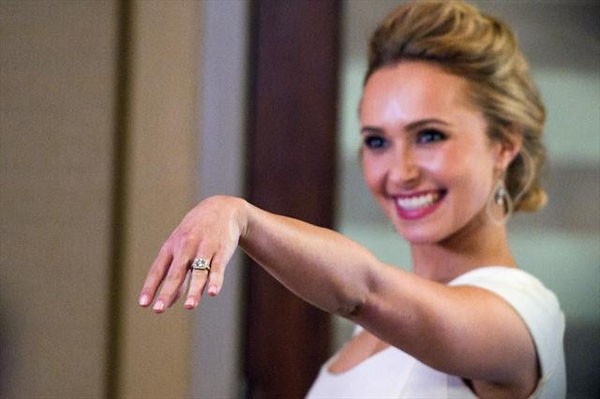 Juliette is now an honest woman… or is she?

Rayna is all serious business when it comes to her joint tour with Juliette — she wants to get out of Nashville and away from Teddy, remember? Too bad Juliette is too busy getting it on with her newly minted husband Sean to remember they had a joint recording date.

Eventually, JB makes it to the studio to show off her ring and everyone freaks, including her manager. Rayna didn’t care, though. Probably because she’s so over this marriage thing (you know, since Teddy kept a whole bunch of secrets from her.)

Anyway, Sean eventually tells his Christian parents about the quickie wedding and Queen Ice Mother promptly freaks out, informing Juliette that she will be having a proper church wedding… and soon.

“Remember, you don’t just marry the man, you marry the whole family,” she cryptically tells Juliette.

Sean eventually makes Juliette visit her mom to tell her about it. Mama Barnes — now all drug-free and philosophical — tells Juliette that it’s all a big mistake.

“You got a hole deep inside you. No amount of marrying is going to quiet your demons,” she says.

Juliette runs off in a huff, but obviously everything is not perfect in paradise. So, what do you think she did next? If you said, “Leave him at the altar,” you’re right!

We’re not sure when she finds the time — between raising two kids, managing her feelings for Deacon and recording her album — to come up with great one-liners.

Take her interaction with Juliette in the studio, for instance.

“I thought you hated me,” Juliette says.

“I only hate sunburns and hangovers,” Rayna replies. “This is business.”

They fight, but things all change when Lamar gets involved and says it’d be a shame if her oldest daughter finds out about her real dad (Deacon). Teddy and Rayna do a tag-team threat against Lamar, letting him know that no, he won’t be telling their daughter about her real dad.

The big question: Does Deacon know about it?

Deacon has the sads

Deacon is on tour with the Revel Kings and already stepping on a few toes — namely, his pal and the lead guitarist. You see, he’s apparently overstepping his boundaries on stage.

Not that Deacon would know: He’s too busy being sad about not being near Rayna. Even sex with a music reporter — whom he apparently has a history with — doesn’t makes things better.

One of two things is going to happen: He’s going to have a massive breakdown take a bunch of pills, or he’ll quit the tour.

This just in: Avery is still a jerk 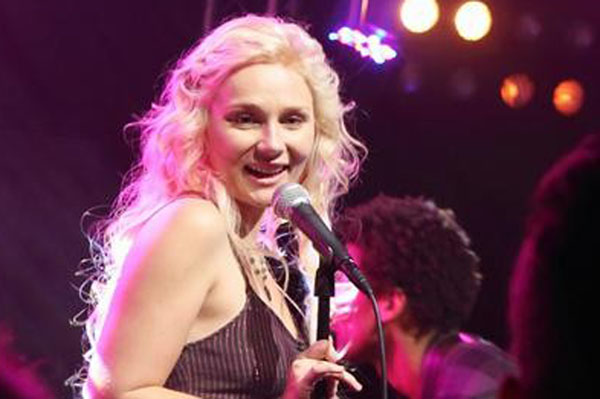 Avery is back from Atlanta and his pals are super-stoked to move down there to start their new album. Of course, he tells them that he’s the only special one out of the group and their services aren’t needed.

Anyhow, Juliette ends up covering for Avery at the band’s gig that night and sounds awesome. We thought she had serious stage fright issues, but apparently that drunken tequila night changed things ’cause she’s confident and sassy on stage.

Avery sees the clip and comes to visit her. Naturally, they end up doing it, but things end badly when Scarlett tells Avery that he “hurts people.”

At least you’ve still got Gunnar on the back burner, right Scars?