SheKnows chats with Olivia Munn about season two of The Newsroom and whether she’s done with New Girl for good. 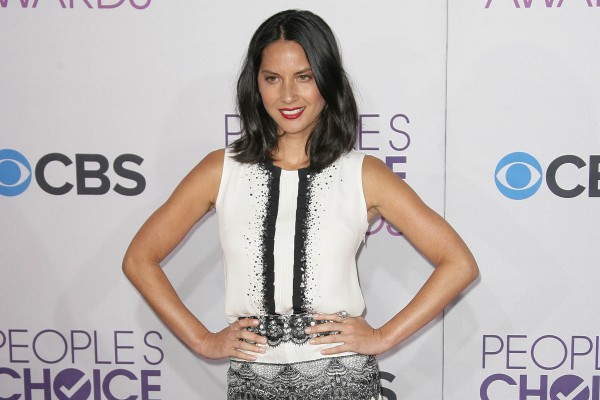 After a three-episode arc, Munn was looking like a promising girlfriend for Nick, so audiences were bummed when she broke up with him via a note on the pillow. So will she be back? Munn informed us at the People’s Choice Awards this evening that that is unlikely… for now.

“Sad for Nick,” Olivia told us. “But I’m over on The Newsroom. Maybe whenever my schedule frees up I can try to swing both.”

Munn is currently filming season two of HBO’s The Newsroom, playing economics reporter Sloan Sabbith. While she doesn’t know if she’ll be getting a love interest this season, Munn says she’s just happy to play a strong, smart woman.

“It’s all developing and there are things that I’m not even really allowed to say,” said Munn. “I like doing the work stuff. I like when my character gets to get in there and fight for the things that she’s passionate about.”

While her show was not nominated for any People’s Choice Awards, Munn was at the show to present Favorite Country Artist, which went to Taylor Swift.

“I’m from Oklahoma and it’s something that people don’t really know about me,” said Munn. “Country music is in my car 24-7.”

Catch this country girl back on The Newsroom when season two premieres on HBO in June.