Pulling us unexpectedly into a realm unusual to her style, Fantasia is back with a soulful song that sounds beyond its years, and a profound message. 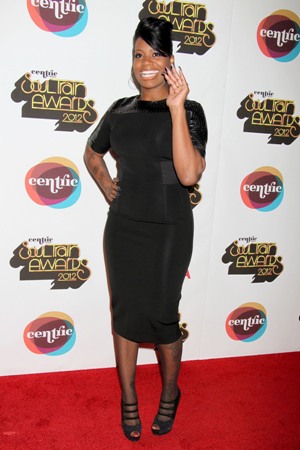 Fantasia knows how to win

Fantasia Barrino is a go-getter. So if she wants to throw around advice as to how to “win” something in a song, I’ll listen. You may want to as well, given it’s no easy feat to win American Idol. As I’ve said in previous reviews, winning the competition is not enough, you have to win over the music industry to stay relevant long after the show.

What do you think — has she succeeded?

Her hits “I Believe” in 2005 and “When I See You” in 2006 had listeners smitten and impressed. “I Believe,” according to Us Weekly, put Fantasia not only at #1 on the Billboard chart, but made her the “first solo artist to hit #1 on their first appearance.” Her résumé also includes Grammy nominations and awards, famous collaborations (i.e., Missy Elliot, Patti LaBelle and Babyface, to name a few) and Us Weekly has her as the first Idol alum to have acted on Broadway. And when you appear on The Oprah Winfrey Show, there’s got to be something special about you.

Did she fly under the radar or was she gone for a few years?

She was never gone; she has kids, and has had a few troubles and a lot of projects. Between movies and her reality show, music hasn’t necessarily taken a backseat, but she has announced she was working on a new album titled The Side Effects of You, according to Atlanta Black Star.

Does the new single impress or disappoint?

It’s unanimous that Fantasia is original in her execution, but this track propels her into a new light, where listeners may be impressed by the uniqueness of the song. It’s earthy and rich, soulful and introspective, sad but optimistic. I really like the beauty in this song, which is derived from the maturity of both her voice and the lyrics:

Have you ever needed someone so bad?
But he ain’t willing to make it last,
Sometimes you gotta lose to win again.

Well, good for you, Fantasia! Strong lyrics about not settling for the negative, and moving on to find the positive.

In an article from Atlanta Black Star on Ms. Barrino’s latest release, they claim that this song is not about a guy, but is a “metaphor for her career.” Perhaps. But to me, it sounds too personal and too pained to not have some relevancy to a past love. What do you think, readers? Is she telling the truth? Listen and let me know what you think!

What other music have we reviewed? Check it out: