The Fantastic Four are getting a makeover. It’s been six years since Jessica Alba, Chris Evans, Ioan Gruffudd and Michael Chiklis played the heroes on the big screen. Now, Fox is rebooting and recasting the Marvel franchise.

Related story Fantastic Four: 11 Obvious mistakes they made in the movie 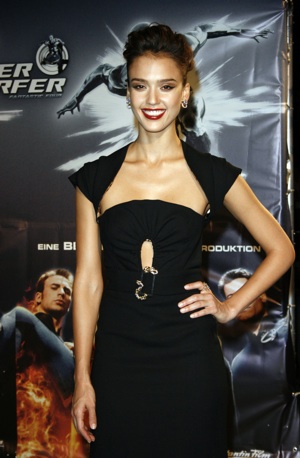 The Avengers and the Justice League aren’t the only superhero teams around. The comic book genre is filled with properties waiting to be plucked. Marvel’s Fantastic Four, which hit theaters in 2005 and 2007, is gearing up for a reboot.

According to Mark Millar, who oversees everything Marvel at 20th Century Fox, the new series will be better than ever. He spoke to SciFiNow about director Josh Trank’s vision for the team.

“From what I’ve seen and from talking to him — he and I have had dinner a couple of times and we talk quite regularly as well — he’s contemporising it,” said Millar. “I think he’s just making it work for the screen – he’s a great storyteller.”

Move over Avengers! A Justice League movie is coming >>

Trank made a splash last year with his indie film Chronicle, which had similar subject matter. “Chronicle, if you think about it, was similar to Fantastic Four in that it was a bunch of people who were transformed into something more than human —  that turned out almost his calling card to come and do something like Fantastic Four.”

The previous Fantastic Four films have been action-comedies that bordered on camp. Millar says Trank’s script is tonally different. “There’s some moments in this — not to be specific — that are actually gonna be phenomenal on screen and stuff you haven’t seen in a superhero movie before.”