Rosie O’Donnell and her wife are the proud parents of a new baby girl who was born on Jan. 5. 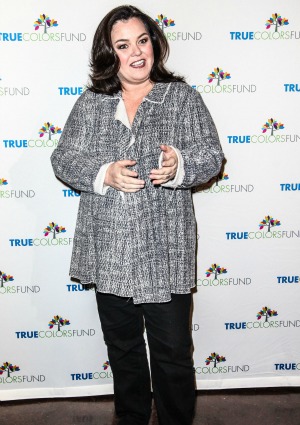 Rosie O’Donnell is a mom five times over as of Jan. 5. The comedian and her wife, Michelle Rounds, adopted a baby girl. The new bundle of joy was a petite, but “happy and healthy” 5 pounds, 5 ounces at birth according to O’Donnell’s rep who spoke to Access Hollywood.

The newborn was named Dakota and she’s already made her first public appearance on Wednesday when O’Donnell shared a photo of the family on Instagram. She said, “we r thrilled to announce the arrival of r daughter Dakota -#withloveandthanks — AMEN.”

While this is the first child for Rounds, it is the former talk show host’s fifth child. She had four children with former partner Kelli Carpenter. Parker, Chelsea and Blake were adopted and Vivienne Rose was delivered by Carpenter in 2002. Her children now range in age from a newborn to 17 years of age. That is one busy household!

The former OWN star and her wife were secretly married in June 2012 after a health scare for Rounds when she was diagnosed with desmoid tumors that needed to be surgically removed. O’Donnell then had her own health issues in August when she suffered a heart attack.

At the time, the comedian definitely had babies on the brain. She told People, “I will gladly stay home. I want to try to work hard at getting myself healthy, on Mich and I getting started and maybe finding a baby.”

Now that everyone is healthy and on the mend, they can focus on caring for their beautiful new baby. Congrats to Rosie and Michelle!