This is just a reminder: Shirley MacLaine is bloody brilliant! If you don’t believe us, catch the Downton Abbey season three premiere. 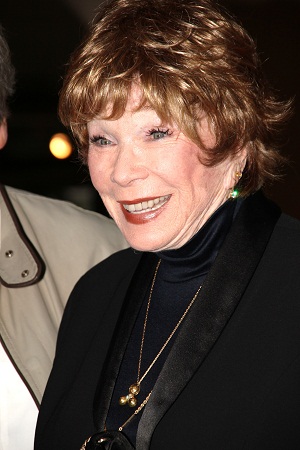 Shirley MacLaine is on the cover of the Jan/Feb issue of The Saturday Evening Post, but it’s what’s on the inside that’s so good. The entire interview is sheer brilliance — MacLaine is one of the wittiest women out there. But we especially love what she had to say about her new gig on Downton Abbey.

MacLaine plays the American mother of Lady Cora who comes for a visit and then (so far) never seems to leave. She’s a little crass, always mocking British culture and quite funny. MacLaine adds just another touch of subtle humor to the classism and snobbery that practically define Downton Abbey. The actress says she wasn’t an early fan of the show, but she’s quickly become obsessed.

“Actually I hadn’t even watched it until my hairdresser told me how much she loved it,” she told The Post. “So I tuned in. Shortly afterward, they signed me to play Martha Levinson so I sat down and viewed them all… and I just became addicted.”

She went on to talk about the necessary evil of the classism that took place during the time Downton Abbey is said to take place.

“Those authentic costumes took some work. The corsets were really demanding and the buttons on everything were so small,” she explained. “I understood the class system after getting ready every morning to go on set. I realized women of that time couldn’t get it together without a couple of servants.” 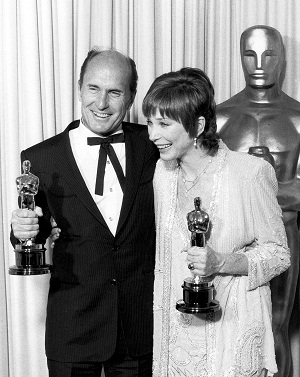 Please. Some women still can’t get it together. Shirley MacLaine, though, has rarely seemed like one of those women. She’s one classy comedienne, which is probably why she gets along so “famously” with the lovely Dame Maggie Smith, who also plays on Downton Abbey. MacLaine shared Smith’s memory of the first time the two women met.

“She told me that we had met 40 years ago backstage at the Oscars next to the catering table,” she recalled to The Post. “I was up for something, and there was this big chocolate cake sitting there. And somebody else won. Maggie said, ‘You know what you did, dear? You tucked right into that chocolate cake and said, “#*&% it. I don’t care if I’m ever thin again.’ I didn’t remember it. Maggie has a better memory. She’s one year younger than I am.”

To hear more from Shirley MacLaine on everything from paparazzi to yoga, make sure to pick up the latest edition of The Saturday Evening Post.

44 mins ago
by Reshma Gopaldas