Just a reminder: It’s never too late to pack a bag and head to Washington, D.C., for the inauguration. 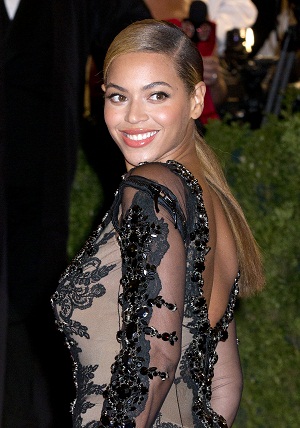 If you’ve always considered going to an inauguration and taking part in history, this is the year to do it. Not only will you witness history (it’s always history, even the second time around), but you’ll also be in on free performances by some of America’s top performers.

During President Obama‘s first go-round for an inaugural ceremony, they brought in Aretha Franklin. Sadly, her crazy hat outshone her lovely performance.

This time, however, the PIC (Presidential Inauguration Committee) is pulling out all the stops with two more stylish divas and one folk-rock guitar-pickin’ hipster for the over-40 crowd (or just anyone with superb taste in music).

According to multiple sources, the songs have already been assigned. James Taylor will sing “America the Beautiful,” Kelly Clarkson will perform “My Country ‘Tis of Thee” and Beyoncé will sing the National Anthem. During the last inauguration, Beyoncé performed at one of the late-night Inaugural Balls. The newly deemed First Couple danced as Beyoncé sang Etta James’ classic, “At Last.”

If you decide to hit up one of the Inaugural Balls, don’t expect to meet President Obama. His office announced that he will only attend two Inaugural Balls this year compared to last time’s 10. Since they’re mostly taking place on the night before the Inauguration, we’re sure this is so he can get a good night’s sleep before addressing the nation.

If you just can’t afford to make the trip, don’t worry, we’ve got you covered. SheKnows will be in town for the entire weekend of inaugural festivities. From the balls (which are happening on Sunday this year) to the morning swearing-in ceremony on Monday, Jan. 21, we’ll hit everything and have a full report for you as soon as it’s over. Stay tuned!