Barbara Walters and Mariah Carey talk about her feud with fellow American Idol judge Nicki Minaj. (Because if anything is going to help Mariah and Nicki fix their issues, it’s talking about them to Walters.) 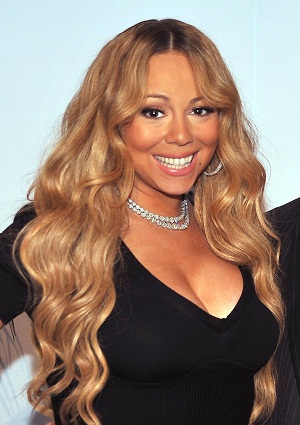 The verbal scuffle was caught on tape and later leaked (of course). In the video, the hip-hop star tells Carey to stop talking to her in such a condescending way or “I’m going to knock you out.”

Other reports said Minaj also threatened to use a gun on Carey, America’s favorite pop diva.

The incident caused an immediate bump in Carey’s security team, the songstress confirmed to Walters.

“I’ve got two babies,” said Carey, reminding Walters of her twins, Moroccan and Monroe. “I’m not going to take any chances. I did hire more security. I felt it was the appropriate thing to do.”

The drama has since leveled off to a more tolerable level (most likely due to the fact that Minaj has moved on to feuding with someone else). Though Carey still felt the need to address it with Walters. She added her sly opinion of Minaj’s music after Walters read some of the rapper’s lyrics to her, mentioning the part where Minaj refers to a b****. Walters wanted to know if Carey was the “b” Minaj sang about.

“Don’t know what she sang,” Carey said. “Didn’t know she sang, I thought she rapped, or whatever.” 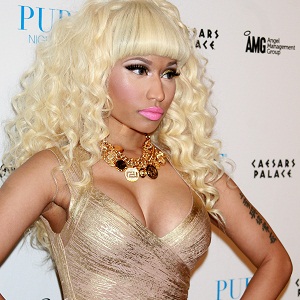 “I think [Idol] is a classic classy show and it didn’t need this. I really think it was just a crass moment.”

Isn’t “crass” (and color coordinated) what Minaj has been going for all along? Minaj is hardly known for being easy to get along with. She has also “feuded” with rapper Lil’ Kim, Rihanna and, apparently, Steven Tyler, another co-worker.