The 2013 Golden Globes are Sunday night, believe it or not. We’ve got your first look at who will be presenting the awards. 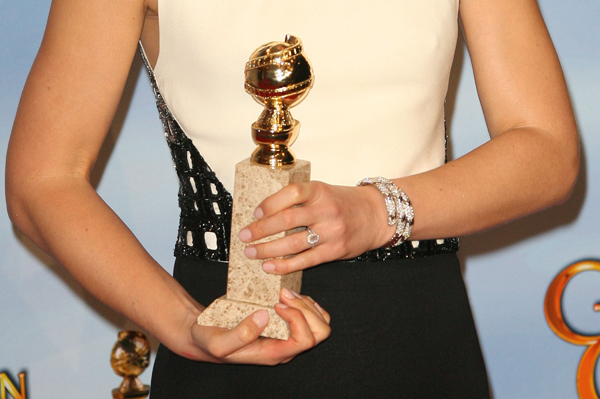 Get excited: We’re only a few days away from the 2013 Golden Globes!

It’s sure to be a memorable — and legitimately funny — show, thanks to hosts Amy Poehler and Tina Fey. But we didn’t know who else would join them on stage throughout the night… until now!

We expect more to be unveiled later this week, so stay tuned.

But back to the hosts!

“The big thing is that television and film get to be together so the beautiful people of film rub shoulders with the horrible, disgusting people of television. That’s always nice to see,” Poehler said in a new promo.

“I personally would like to win Best Picture. Just me, like as a person, winning Best Picture, I think would be unprecedented. Especially because I really didn’t even make a movie this year,” Fey added.

OK, not so serious.

As for what we can expect from them? They promise a “drunken” and “slightly ghetto” time — and that’s just on the red carpet.

Tell us: Are you pumped for the 2013 Golden Globes?